Erdoğan's ruling party AKP wants Istanbul to vote again due to alleged fraud in Istanbul's Büyükçekmece district, after recounted votes did not change the results 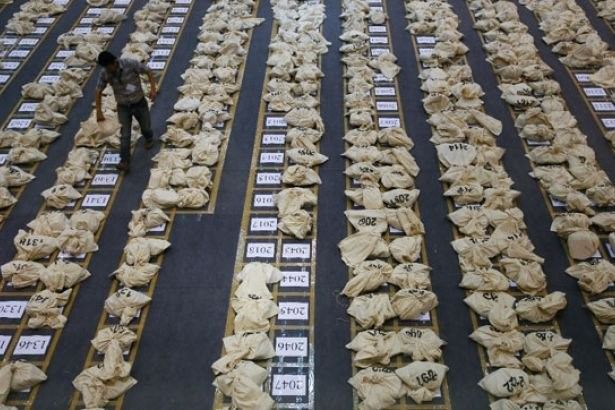 Turkey’s ruling AKP, which failed to achieve the desired results from the recount in Istanbul after the local elections of March 31, is now looking for a way to cancel the elections in all province. While the first target of the political power is Büyükçekmece district of Istanbul for these attempts, the AKP demands the cancellation of elections.

The Supreme Election Council is yet to decide AKP's request for the cancellation of Büyükçekmece election after recounting process ends.

AKP has been actively using different ways not to lose Istanbul Metropolitan Municipality to the parliamentary main opposition CHP. AKP’s mayoral candidate of Istanbul, Binali Yıldırım, was behind his rival from the opposition party, Ekrem İmamoğlu, according to the recent results of Turkey’s local elections held on March 31. The electoral process in Istanbul has not completed yet due to the AKP’s unlawful objections to the results.

While the first target of the ruling AKP authorities is Büyükçekmece district of Istanbul for their efforts to reelection, the political power demands the cancellation of elections in the province on the pretext of "fictitious voters". Turkish police launched an operation to the houses in the districts this week in order to investigate the reliability of the voter lists.

As the AKP Deputy Chairman Ali İhsan Yavuz has become the only spokesman of his party after the local elections, he has claimed that there are irregularities in voter registration in Büyükçekmece district of Istanbul.

Saying that "Someone working at the District Registry Office also began to work at the Büyükçekmece Municipality", Yavuz claims: "Some dubious developments happened after 2017. We have detected that the district registry officers illegally registered voters to new buildings not yet licensed within or outside the district and province. A person working at the District Registry Office, two people in total, are currently under arrest."

Noting that the Turkish authorities have taken 7,287 legal actions regarding the alleged irregularities, Yavuz states, "As the district registry officer shifted the fictitious voters, the number of legal voters in the poll decreases. This number of voters in decline is 730. Where are we going to put this number? We have lost Büyükçekmece only by 4,200 votes. These votes would also affect the voting rate of Istanbul Metropolitan Municipality."

"Isn’t it an indicator of electoral fraud? If people having strong ties to the Mayor are involved in this irregularities, and this issue has been done systematically since 2017, what are we going to say about this situation?", the AKP Deputy Chairman Ali İhsan Yavuz asked.

The CHP spokesperson Faik Öztrak answered the claims of the ruling party regarding the irregularities in voter registration in Büyükçekmece.

"We objected to 767 people including 354 dubious voters in Büyükçekmece. As a result of our objections, voter registration of 741 voters, including these 354, have been removed in Büyükçekmece," he added.

"What are they trying to do? What kind of perception are they [AKP officials] trying to create? They want to create such scenarios from fictional, fraudulent slanders," Öztrak noted.

EARLIER ALLEGATIONS OVER THE LISTS OF BÜYÜKÇEKMECE DISTRICT

The AKP’s allegation of electoral irregularity in Büyükçekmece district of Istanbul has not newly put forward.

On January 19, 2019, police had carried out an operation following the complaints about the irregularities in the voter registration in the district. After the objections to the fictitious voters in the polls, irregular voter registrations have been removed from the list.

Upon the AKP’s claims regarding the unlawful transfer of 11,186 voters before the local elections in Büyükçekmece, Turkish police on Tuesday, April 9, launched a new operation to certain houses in the district again.

Almost all objections to the AKP’s unlawful electoral practices before the local elections had been rejected by the Turkish Supreme Election Council.