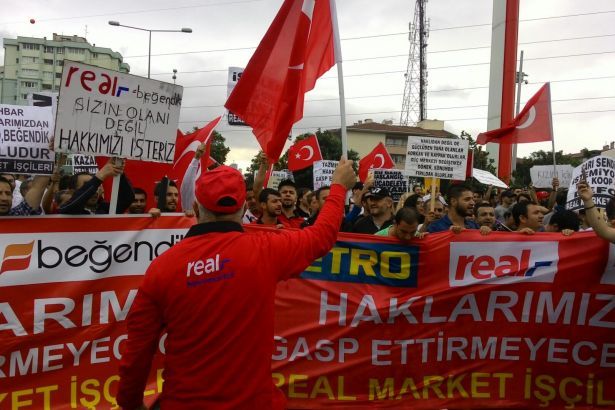 Workers launched a protest in Ankara, the capital of Turkey, on 21 August after the hypermarket chain declared fraudulent bankruptcy and dismissed workers without compensation pay around two months ago.

The workers from İstanbul, Kocaeli and Konya districts gathered in front of Beğendik market of the chain in Ankara. Chanting the slogans "the unity of workers will overthrow the capital" and "compensation pay is our right", the workers declared that they will not let the bosses to usurp their rights. 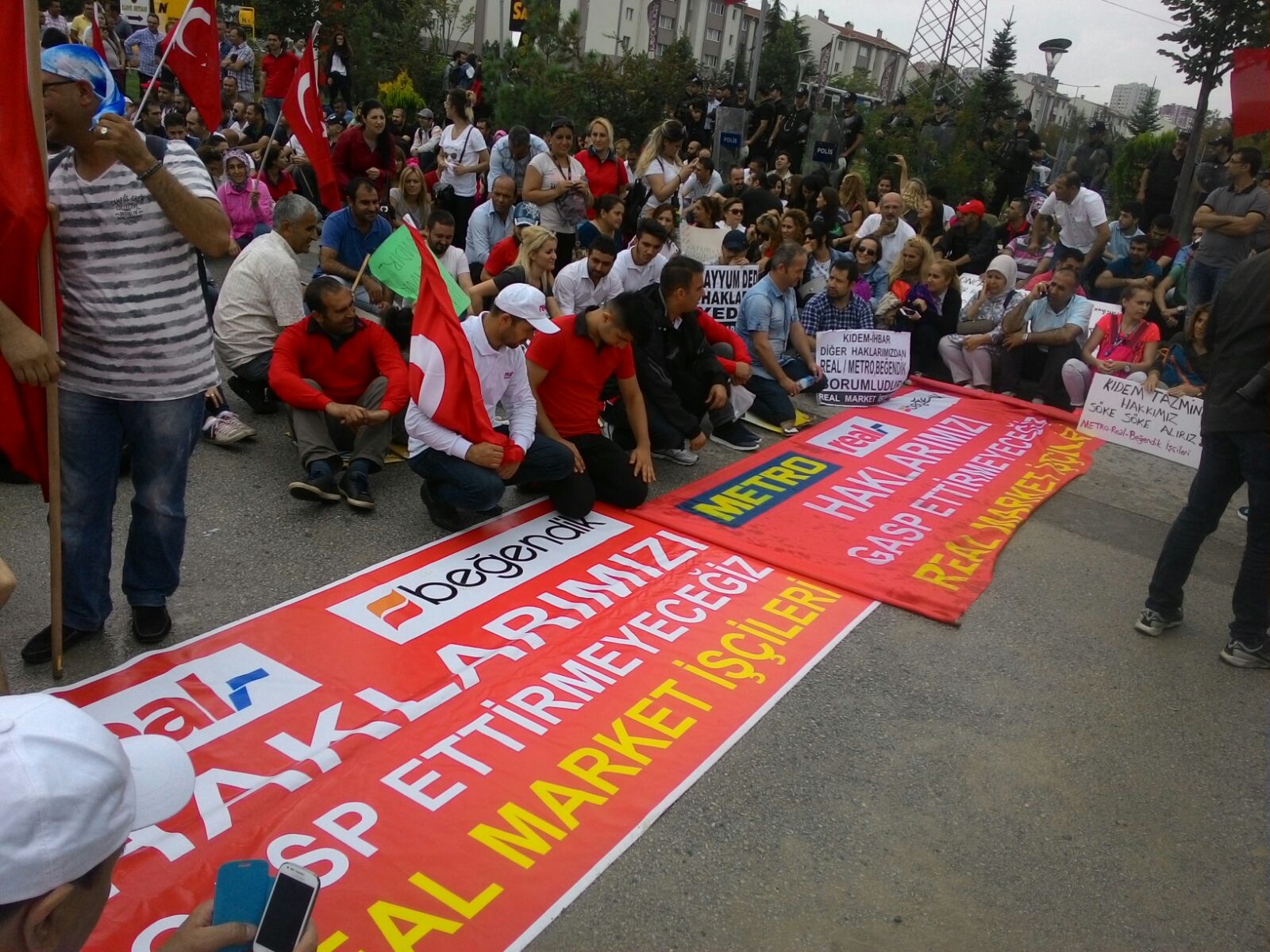 The workers announced that they will continue their protests until they get their compensation pays.

Real Market workers to rally in Ankara against theft