Trump says he's dispatching Pompeo to meet with the king of Saudi Arabia to try to find out what happened to missing writer Jamal Khashoggi. Pompeo is expected to go to Riyadh and later visit Turkey 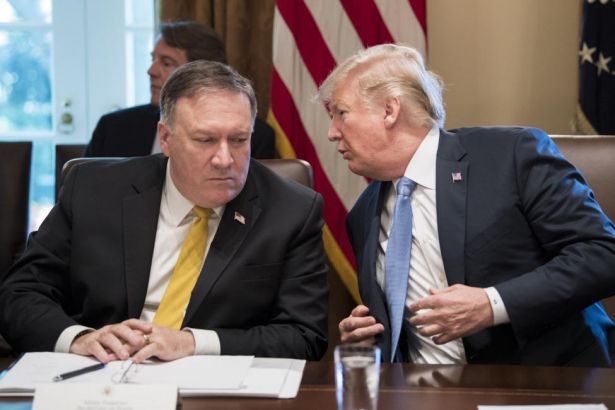 U.S. Secretary of State Mike Pompeo will stop in Turkey after his trip to Saudi Arabia to talk with King Salman about the missing Washington Post columnist Jamal Khashoggi, a National Security Council spokesman said on Monday.

"It is absolutely essential that Turkish authorities, with full and transparent support from the government of Saudi Arabia, are able to conduct a thorough investigation and officially release the results of that investigation when concluded," the spokesperson said.

U.S. President Donald Trump says he's dispatching Secretary of State Mike Pompeo to meet with the king of Saudi Arabia to try to find out what happened to missing journalist Jamal Khashoggi. Pompeo is expected to go to Riyadh and later visit Turkey.

Khashoggi went missing in Turkey on October 2. According to the journalist's fiancee, he was invited to the Saudi consulate but never left the consulate building.

Turkish police officers have entered the building of the Consulate General of Saudi Arabia in Istanbul, the last place where Saudi Arabian writer Khashoggi was seen before the disappearance. Such a search would be an extraordinary development, as embassies and consulates under the Vienna Convention are technically foreign soil.

However, it remained unclear what evidence, if any, would remain nearly two weeks after Khashoggi's disappearance.