Police raid on the Communist Youth 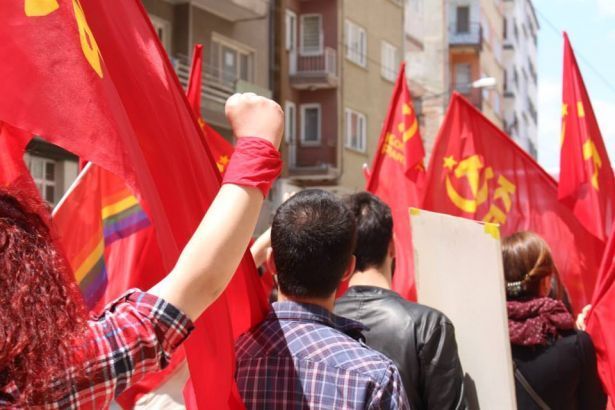 Young members of Communist Party, Turkey, (KP) were forcefully taken to a police station due to their works in front of Kadıköy Anadolu Lisesi (a prominent high school in Kadıköy/Istanbul), for the event of the ‘Socialism Schools’ that will be held on October 22, Saturday.

A member of Communist Party (KP) was attacked, and his mobile phone was seized on the grounds that he wanted to call his lawyer. Police did not permit any calls to lawyers.

Members of the Communist Youth were asked for their home addresses at the police station. Police threatened the students of kicking out from dormitories. Young communists were released after being exposed to various threats and psychological pressures.