'People's struggle will take a new push': The Communist Party of Israel and Palestine People's Party

The Communist Party of Israel and Palestine People's Party argues that Israel's intention to annex territories in West Bank and Jordan Valley will bring a third Intifada and a return to where things stood 30 years ago, before Oslo accords. 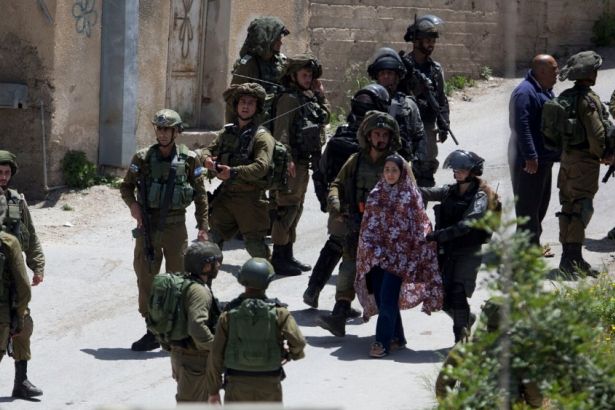 As Israel government initiates the annexation process of West Bank territories and Jordan Valley, soL News interviewed with representatives of the Communist Party of Israel and Palestinian People's Party, regarding Israel's intentions, and Israeli and Palestinian progressive forces' plan of action.

We can say that in Turkey, Palestinian people, along with the Cubans, have historically been one of two nations that have received the support and sympathy of the immense majority of the population. Thus, a friendly sentiment towards the Palestinian cause prevails in Turkey, but it sometimes results in apathy to the daily developments in the region. However, today, we face a dire, hardly-reversible danger. Can you explain what is at stake? What is Israel's intention, and what is the legal framework it requires?

Israel’s continuous occupation regime intends to commit more violations of international law as it intends to annex the Palestinian Territories occupied in 1967. Israel continues to choose war instead of peace, and occupation over employment, education and welfare. It does not only commit a crime against the Palestinians but also against its citizens.

The recent “deal of the century” is an exact expression of Israel’s policy in the region and what it truly intends towards the rights of the Palestinians and a proof of US imperialism in the region. Israel aims at finishing the Palestinian just demand to an independent state on merely 22% of historical Palestine, through changing fact on the ground and creating an irreversible reality. Taking into account that Israel has never constitutionally adopted borders, this proves that the entire Zionist project relays on occupying all surrounding lands, and controlling its resources and wealth.

Therefore, Israel has no legal framework to implement its intentions but their own and US Administration’s support. And this is why it is important for the world to say its word against this.

It is indeed an unprecedented move from the Israeli state if they dare to take the step. What is the Israeli and Palestinian progressive forces' plan of action facing this threat?

In West Bank, Palestinian progressive and national forces will intensify the popular resistance against Israeli occupation and especially settlers who attack Palestinian villages especially after the Israeli plans to take control on Jordan valley and more than 60% of west bank with the support of US administration. We believe that after the developments in the US, the people's struggle will take a new push.

In Israel, we need to influence the Israeli public opinion to comprehend the inevitable escalation that this act will bring, probably a third Intifada and a return to where things stood 30 years ago, before Oslo accords – which Israel assassinated one article after the other.

This Saturday, June 6th, we are mass mobilizing for a demonstration in Tel Aviv CPI has initiated with over 30 Israeli organizations - Against the Occupation and Annexation and for Peace and Democracy. These past weeks, the authorities were forcing more restrictions on us daily due to “health protection regulations” that we respect and intend to keep, but we believe that the authorities fear such a demonstration and its demands, not to mention that occupation is much more dangerous, and fighting it is much more acute. We will hold consultations and coordinate together and with our fraternal parties on escalating the struggle against the Israeli and US plans in the region. In Israel, CPI acts and mobilizes against Israel’s internal and external policies – and works in order to widen the rows of the struggle to end the occupation. We need to change and influence public opinion in Israel.

We know that a declaration protesting this agenda has been issued, signed by numerous communist and workers parties around the world, including the Communist Party of Turkey. How is the international solidarity towards Palestine significant? Does it help? What should people sympathizing with the struggle of the Palestinians do to help the cause?

The struggle of the Palestinian people has never stopped. Through all those years, this solidarity from the Turkish people and all peoples of the world means that the world sees and acknowledges the Israeli occupation; it means that they recognize the Refugees issue, and it means that they see that Israel has to be internationally condemned for its practices and policies and for refusing peace and stability. This acknowledgement is crucial for the Palestinians as it supplies the energy and support to continue resisting occupation and demanding independence. Peoples supporting the Palestinian case can help by mobilizing for this cause and by influencing their governments to act against the annexation. More importantly, the main demand is to end the Israeli occupation and the siege on Gaza, as well as requiring the international community to secure the establishment of an independent Palestinian state on the borders of June 4th, 1967, with East Jerusalem as its capital, and implementing the international resolutions guaranteeing refugees’ return.

For the Arab and Jewish comrades in CPI, international solidarity with the forces resisting rising fascism in the Israeli right-wing, which are becoming part of the mainstream- is important.

Recognizing the Palestinian state ( under occupation with known borders and capital) and insisting for implementing the UN resolutions related to the Palestinian issue by the international community in general and putting pressure on Israel to stop behaving as above the international law by putting sanctions and paying for its crimes will be very important to stop this violation by the Israeli side.

It does not seem to be a coincidence that the timing of this vicious attack by the Netanyahu government has coincided with the global pandemic caused by the Covid-19 virus. They pray that the world will be too preoccupied to notice what a reckless endeavour takes place in Palestine. Still, we would like to take advantage of the interview to ask you: How has the pandemic affected the Palestinian and Israeli populations?

It will be very difficult for Palestine after this pandemic, as the whole world will be in economic difficulties and not able to help, workers will pay the price, unemployment and poverty will increase, if PA will not be able to pay salaries, it will be an economical disaster. In addition to the political situation as the world will not be able to stop Israeli plans, in addition to other conflicts and sanctions by imperialist forces, the region will be in big danger for new wars.

In Israel, the economic and social implications are disastrous to the working class and mainly to women, young and old workers. We expect new taxes to be imposed on the expense of the poor and marginalized, in order to justify the financial aid to the capitalists, and big companies, who were not harmed, if at all, as the workers who were forced to go on unpaid leaves for weeks, and now face the threat of constant unemployment. Entire families, in the OPTs and Israel, are being forced beneath the poverty line, with no proper support or solutions. We cannot say that the virus spread had not to help corrupt Netanyahu in regaining power and controlling the circumstances of forming this government. And we can say almost certainly, that ending the occupation and reaching a peaceful solution of the conflict, especially the Two states solution is in danger now, after the annexation declaration, and the only guarantee is the popular struggle and international solidarity with this just cause.