Opinion: Is Turkey fighting against people or virus?

Kemal Okuyan, General Secretary of the Communist Party of Turkey (TKP), commented, in his piece in the British newspaper Morning Star, on the Turkish government's "new normal" amid the pandemic. 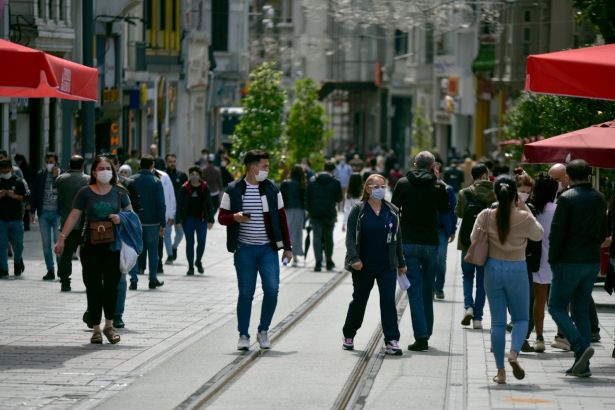 TKP General Secretary Kemal Okuyan commented on the Turkish government's recent practices in a "new normal", in his piece published by the socialist daily newspaper Morning Star. Okuyan argues that from the beginning of the pandemic President Erdogan has developed policies in line with the demands of capital and not the health of the people.

The Turkish government has announced a new phase in its response to the coronavirus pandemic: “the new normal.”

It is doing so in line with other countries in Europe. Although many people believe that this is too early and the impact of the pandemic has not yet faded away, the government claims that it has managed the pandemic excellently and points to Turkey’s relatively low fatality rate.

While it is lower, the government cannot claim credit. The reason is that, in contrast to all European countries, the population of Turkey is much younger.

The average age is less than 30, compared with countries that face the coronavirus with a more fragile demographic structure.

Moreover, older people in Turkey are much less exposed than those in western European countries.

Most live with their families and not in nursing homes where the major losses have occurred elsewhere.

Now that we are passing to “the new normal,” the occupancy in intensive care units has declined.

Many scientists are hesitant when saying that the virus is waning, although warmer weather means people will spend less time in closed spaces and this is an advantage. We will see what happens.

As communists, we have been arguing from the beginning that capitalism has no capacity to contain such a pandemic.

A pandemic requires international co-operation and in reality competition between imperialist countries has grown more intense.

Imperialist countries, led by the US, have preferred conflict over solidarity.

More importantly, policies to contain the pandemic have been aligned to the needs of the capitalist class in all capitalist countries, without exception.

The pandemic could have been avoided in the whole world with an absolute isolation of a couple of weeks. But production continued — and this included sectors that are non-vital.

In Turkey those “exceptions” included nearly all companies that had a licence for exporting, mining, construction and so on.

Nor did capital, as anywhere else in the world, have the resources, prior preparation or intention to protect the rights and welfare of the working people under the conditions of temporarily ceased production.

In Turkey, the government led by Recep Tayyip Erdogan, always known as “pro-market,” has from the beginning developed policies in line with the demands of capital and not the health of the people.

People were already buying their daily needs from shops. But the bosses in clothing and household appliances were knocking on the government’s doors.

Nevertheless, what exemplifies best the class character of the government’s corona policies was the stimulation package.

But a closer look into the package would reveal that the measures to protect working people, who shoulder the burden of the pandemic, were extremely limited.

Instead, the government’s bailout plan was exclusively for the bosses. For the workers, peasants and the self-employed who were going through hard times they offered “cheap and affordable loans.” Business must go on!

We have no clue about where and how this 100 billion lira support package is being used.

Nor do we know about the fate of the separate “pandemic-fund” derived from the donations of ordinary people.

Many economists believe that the government intends to use it to reduce the budget deficit.

What is the result? It is that Turkey is on the brink of a severe economic crisis and the whole burden will fall on the working people.

The real unemployment rate, already over 20 per cent, will soar and the impact of it will be observed in the months to come.

All struggles for workers’ rights have been suspended by government decree and strikes are rendered practically impossible.

In many firms, salaries have been reduced under the pretext of the pandemic. At the same time, and as in other countries, there is a new wave of monopolisation that will bear down on working people.

So what can be done in this situation?

In our view it is not politically correct to protest against the lifting of restrictions in Turkey in these conditions.

Working people are under the siege of poverty and unemployment. They are looking forward to getting back to normal.

To oppose the lifting of restrictions could be interpreted as a middle-class stance despite the scientific concerns.

Bearing in mind that capitalism does not and cannot protect the health of the people, we have to resort to the conventional tools of the class struggle — but add new methods.

Class struggle does not take place in virtual space but rather on the streets and in the workplaces.

In this special and destructive period, we can no longer afford the suspension of class struggle.

As in the rest of the world, communists have issued advice, organised solidarity actions and developed work to protect the health of all the working people.

Capitalism does not have the ability to protect humanity from such pandemics and it is our duty to explain this: to save humanity from capitalism.

Yet there is a dialectical relationship between the overall struggle against capitalist rule and the daily fight of workers for bread and freedom. One is not present without the other.

Conscious of this, the communists of Turkey are developing struggle for the rights of the working class against unemployment and poverty by means of grassroots “struggle networks” such We Breathe Down the Boss’s Neck (the PE Network].

This has secured a surprisingly large sphere of influence through local workplace actions at the same time as arguing politically that another Turkey and another world is possible.

In the vacuum left by a crippled trade union movement, whose hands are tied by the government, the PE Network is standing against the bosses, literally, legally and politically, using new and creative methods.

This network has now organised successful struggles in dozens of workplaces and catalysed workers’ participation in organised struggle.

Life is teaching us and we are learning from the pandemic, too.