Occupational murders: Which war causes loss of so many fellows?

Turkey’s Health and Safety Labour Watch (HESA) has released a comprehensive report, “Which war causes the loss of so many fellows?”, revealing that 1923 workers, including child/teen workers, were killed in 2018 by work-related murders in Turkey 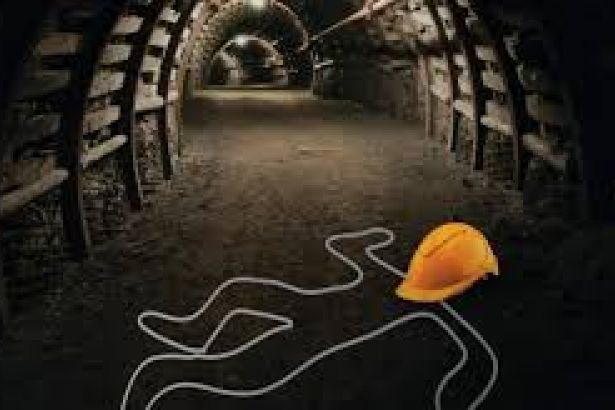 The report of Turkey's Health and Safety Labour Watch underlines that approximately 22,500 workers in total have lost their lives in work-related murders during the rule of AKP since 2002.

Out of 1923 people who lost their lives, 10 cases of work-related murders resulted from occupational diseases such as hemorrhagic fever, silicosis, malaria, and rabies according to the report prepared with the information obtained from national/regional media outlets, job safety experts and unions. July 2018 saw the highest number of killed workers with 201 while at least 126 lost their lives in December.

In terms of the rate of work-related murders by the professional sector, 24 percent of the people were agriculture/forestry workers while 23 percent were from the road-construction sector.

The HESA report also reveals the distribution of work-related murders by cause of death. 408 workers lost their lives in traffic accidents, 379 were crushed or got trapped under debris, 325 died of falling down from a height, 200 died of heart attack or brain hemorrhage, 113 died of electric shock, 112 fell victim to violence, 82 died of intoxication or suffocation, 73 committed suicide, 50 died in an explosion or fire, 40 died after being hit by a falling object, 24 died of cuts or losing limbs, and 117 lost their lives as a result of other causes.

“The distribution of work-related murders by gender is as follows: 119 female workers and 1804 male workers lost their lives,” the report demonstrates with a graphic, also adding some information regarding the number of deaths by age.

Accordingly, 23 child workers at or below the age of 14 lost their lives in 2018 around Turkey, while 44 child/teen workers between the ages of 15-17 died in the same year. The report indicates that 60-70 child workers die every year although the Turkish government declared 2018 as the “Year against Child Labour”.

REFUGEES/IMMIGRANTS WHO WERE KILLED IN WORK-RELATED MURDERS

The report also shows the number of refugees/immigrants who lost their lives while working in Turkey last year. “In 2018, 110 refugees/immigrants lost their lives. If we look at the countries they are from: 48 Syrian workers; 28 Afghan workers; 5 Azerbaijani workers; 4 workers each from Iraq, Pakistan and Turkmenistan; 3 workers from Georgia; 2 workers each from Iran, Russia and Ukraine; 1 worker each from India, Kyrgyzstan, Hungary, Nigerian, Uzbekistan, Romania, Tajikistan, and Zimbabwe.

The report reveals that only 2.49 percent of the employees who lost their lives in 2018 in Turkey were members to a workers’ union, showing how the rate of unionization has dramatically diminished in recent years in the country. “98 percent of the workers killed were not member to any union. Working without union membership brings death. Workers’ participation is a prerequisite to prevent work murders and to be able to work healthily and safely. Workers can only acquire that through unions,” the report says.

With 226 cases of work-related murder, İstanbul, the most populated Turkish metropolitan and the biggest industrial hub, dwarfs all the other 80 cities in the list of provinces with the highest number of occupational homicides. Other industrial cities like Kocaeli, Manisa, and Bursa follow İstanbul with death numbers respectively: 81, 70, and 69.

Stating that work-related murders and occupational illnesses have reached alarming levels in Turkey, the HESA report is concluded with some demands for the workers’ struggle, calling all the employees of Turkey to get organized and stand in union and solidarity in order to live.