"Not suicides but murders committed by rule of capitalism"

The recent news about numerous suicides within families are shaking society in Turkey. As suicides are statistically on the rise in the country, poverty, exploitation, lack of a caring psychosocial health system are to blame 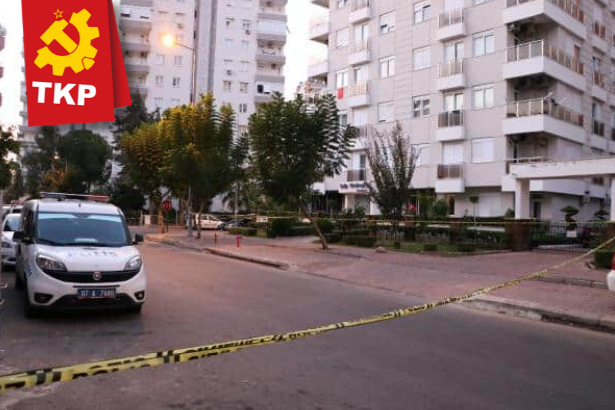 Last week, a family of four siblings in Istanbul and a family of two parents and two children in Antalya committed suicide. In both cases, the families suffered from economic difficulties. These cases cannot be regarded sporadic considering the increasing rate of suicides given in Turkey within the last two decades, mainly under the rule of AKP (Justice and Development Party).

Sharing a statement following the last incidents, the Psychiatric Association of Turkey considers suicide as an important problem of public health since it costs more than 800 thousand people’s lives every year around the world. The Association underlined the necessity to highlight any psychological problems, such as depression and addiction, underlying the suicides and ways to solve them and promote institutions and treatment options to help people to deal with the suicide thoughts.

The Association also underlined the social responsibility of media regarding how it presents suicide news. On this issue, the Association emphasised the World Health Organisation’s guide for the media to prevent suicide by giving accurate information about where to seek help, educate the public about the facts of suicide and suicide prevention, apply caution when reporting suicide, not to use language to sensationalize or normalise suicide, not to explicitly describe the method used and provide details about the site, and not to use photographs or video footage.

soL news portal also released a statement, pointing that it responsibly and hence realistically presented the suicide news in accordance with the universal principles. By criticizing mainstream media outlets which reduced suicide to individual psychological problems, the soL News highlighted social problems, such as poverty, repression, over-work, and abuse, underlying the suicides. It further underlined that religiosity made such social problems invisible since religion regarded suicide as a sin and ignored it.

TKP ANTALYA: ORGANIZE FOR A LIFE WITH DIGNITY

Reacting to the suicidal loss of lives of 4 citizens in Antalya, the TKP (Communist Party of Turkey) Antalya branch referring to poverty and unemployment as two haunting themes of recent suicides:

"Some would say that inflation is reduced, the economy is doing well, there is no such thing as unemployment but people are picky about jobs, suicides are not about poverty but psychological problems. Such statements are explicit lies. There are of course psychological problems but why is suicide the only option? The answer lies in months and maybe years of unemployment, accumulative debt, bills and rents that cannot be paid. In short, it is about poverty and unemployment that have been forced on our people by the rule of capital. The recent cases are not suicides but murders through unemployment and poverty committed by the rule of capital. This present social order takes away not only our right to work but the right to life.