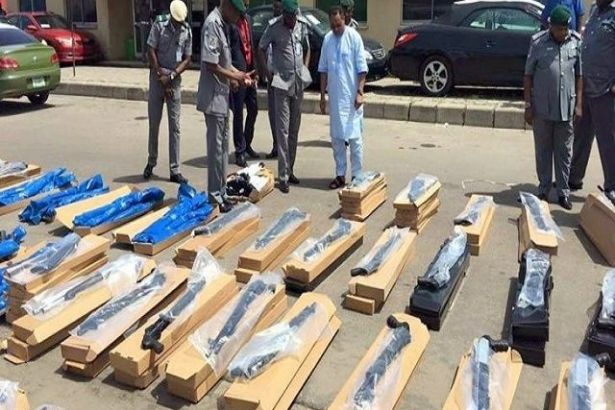 President Muhammadu Buhari and the Comptroller-General of Nigeria Customs Service (NCS), Col. Hameed Ali will travel to Turkey for a bilateral meeting with the authorities of Turkish Customs Service, Nigerian media reported.

According to Deputy Comptroller-General, Aminu Dangaladima, the meeting aims to address the continued importation of deadly weapons from Turkey.

In 2014 a clandestinely recorded phone conversation revealed that a Turkish Airlines official and an adviser to the then Prime Minister, now President Erğdoan were implicated in using the flag carrier to transport weapons to insurgents in Nigeria. The recording was a conversation between Mustafa Varank, the chief advisor to Erdoğan, and Turkish Airlines (THY) Executive Assistant Mehmet Karakaş.

Karakaş was asking bluntly whether the weapons are "going to kill Muslims or Christians…," and references were made to Turkish intelligence service MİT Chief Hakan Fidan.