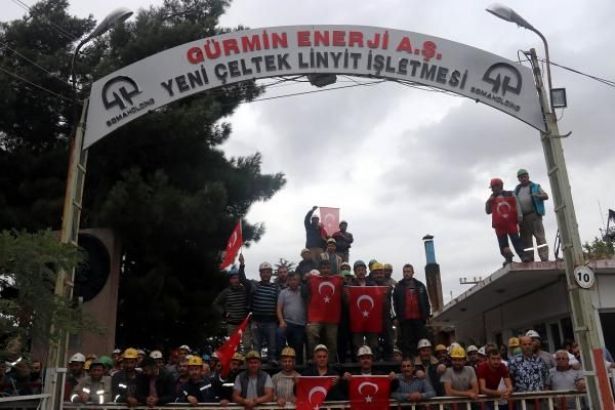 Due to shut down of Yeni Çeltek Mine in Merzifon district of Amasya, Turkey, unemployed miners initiated a hunger strike.

50 of the 253 demonstrators submitted their petition to the institution and went down to the mine. The miners in the mine initiated hunger strike. The miners stated that they would continue their action underground until the problems were solved.

Cemil Guven, president of the Miners Union of Turkey Yeni Çeltek branch, stated that Yeni Anadolu Madencilik ve Teknolojileri A.Ş. have canceled its contract with Gürmin Enerji associated with Soma holding and thus all the miners were left unemployed.