Metropolitan mayors of Turkey's southeastern provinces Diyarbakır, Mardin and Van were dismissed by the ruling AKP as announced by the Ministry of Interior 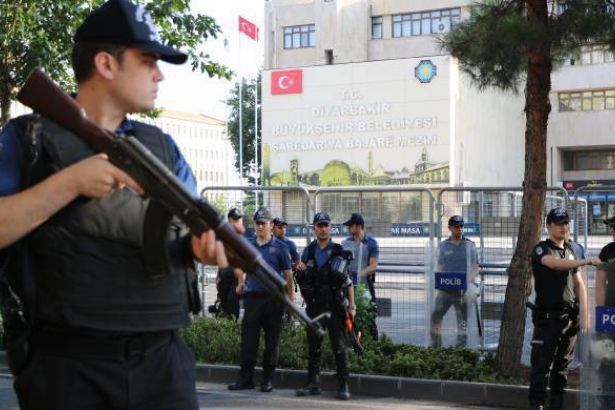 The government dismissed the elected mayors on the ground that there are ongoing investigations against them at heavy penal courts.

The municipal buildings have been busted and blockaded by the police forces, according to the sources.

After the failed coup attempt on July 15, 2016, the ruling AKP appointed trustees to these provinces and the municipalities were administered by the trustees until the latest local elections of March 31. The pro-Kurdish HDP candidates were elected again by receiving over half of the votes.

The Ministry of Interior has also announced after the dismissals that 418 people have been taken into custody in operations conducted in 29 provinces, including Diyarbakır, Mardin and Van.