As metalworkers in Turkey are forced to work without social distancing during the deadly pandemic, 1 out of every 5 workers’ kith and kin tested positive for COVID-19, according to a research carried out by the United Metalworkers’ Union, affiliated to the Confederation of Progressive Trade Unions of Turkey. 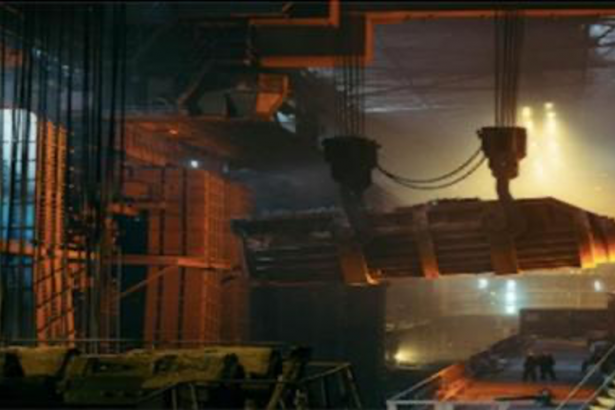 The United Metalworkers’ Union (Birleşik Metal-İŞ), affiliated to the Confederation of Progressive Trade Unions of Turkey (DİSK), has published the results of its research about the impacts of the COVID-19 pandemic on the metal industry. The research shows that metalworkers are forced to work at a distance of fewer than 2 meters from each other without social distancing measures, as 1 out of every 5 workers’ kith and kin has been infected with the disease.

86 percent of the metalworkers think that private health institutions must be nationalized, while the demand for paid leave among workers is 92 percent, according to the research.

The research published by the United Metalworkers’ Union indicates that 88 percent of the workers participating in the survey support the declaration of a strict curfew as a preventive measure against the spread of COVID-19. This rate was 68 percent in the survey conducted by the Union in March 2020.

Researchers conducting the survey asked the workers the question, ‘‘What is the distance between you and your colleagues during the production process at your workplace?’’ within the scope of the research. The response of 61 percent of the workers to this question in March 2020 was ‘‘less than 1 meter’’.

Although this rate decreased to 37 percent after the limited measures taken against the disease in April 2020, 85 percent of the metalworkers told that they are working at a distance of fewer than 2 meters from each other at workplaces.

The rate of workers who manage to practice social distancing while working is only 14.9 percent, according to the research. This rate was 10 percent in March 2020.

As the research underlines that this situation in workplaces paves the way for the risky circumstances for the spread of the novel coronavirus, 21 percent of the workers within the scope of the survey said that their kith and kin have been diagnosed with COVID-19.

2.8 percent of the metalworkers across the country are under quarantine due to the outbreak, the research also shows.

According to the research, 60 percent of the workers in the metal industry do not feel safe at their workplaces due to the COVID-19 pandemic (including commuting), and 27 percent of them think that they are partly under risk of the disease.

The rate of those who do not feel under risk for the coronavirus at their workplaces is 12.7 percent, the research indicates. This rate was 6 percent in March 2020.

The research also points out that the rate of workers who think that adequate measures are taken against the COVID-19 in their workplaces has increased from 11 percent to 29 percent.

Considering the two data obtained, researchers conducting the survey of the United Metalworkers’ Union evaluated that the workers believe that the current problem regarding the outbreak and infection risks will not be solved only with the workplace-oriented measures.

DEMAND FOR CURFEW AMONG WORKERS INCREASED TO 88 PERCENT

While 96 percent of workers think that the government authorities should not cut water and natural gas due to debt amid COVID-19 pandemic, 94 percent of them support the idea of giving paid leave due to the coronavirus to at least one of the working parents during the mandatory school holidays, the research says.

Moreover, the demand for paid leave among workers is 92 percent, while 96 percent of them positively react to the idea of providing a certain amount of drinking water and natural gas for every household during the pandemic.

The research indicates that 88 percent of the workers demand strict curfew due to the outbreak. In the research conducted by the United Metalworkers’ Union in March 2020, this rate was 68 percent.

‘‘PROFIT-SEEKING SYSTEM IS RESPONSIBLE FOR THE COVID-19 CRISIS’’

Researchers stated that they tried to take workers’ opinions within the scope of the study by asking them to what extent they agree/disagree with the general judgments regarding the coronavirus among society.

Accordingly, the most common judgment of the workers in March was that the reason of the disease is the ‘‘dietary habits of the Chinese people’’, while workers’ standpoint regarding the source of the coronavirus changed towards the idea of ‘‘profit-seeking policies and privatization of the health system’’ in April with 76 percent.

While the rate of those who consider the cause of the outbreak as ‘‘the outcome of the damage that humans give to nature and other living creatures’’ is 71.5 percent, the judgments deeming COVID-19 as ‘‘a biological weapon produced by the USA’’ and as ‘‘a result of dietary habits of the Chinese people’’ have sharply decreased.

However, 48 percent of workers participating in the research stated that Turkey is more successful in fighting the COVID-19 compared to the European countries, while 41 percent of them believe that the Turkish authorities are neither successful nor unsuccessful.

The rate of workers who find the government unsuccessful in the struggle against the pandemic compared to Europe is about 11 percent.

GOVERNMENT’S UNPAID LEAVE REGULATION IS NOT IN FAVOUR OF WORKERS

Within the scope of the study, researchers asked the workers whether the Turkish government’s recent regulation, which grants the right to use unpaid leave to employers and provides a daily payment of 39.4 TL [$5.64] for workers, is in favor of them.

According to the results of the survey, 3/4 of the workers think that the government’s regulation is not in favor of them.

On April 11, the Communist Party of Turkey CC member, Alpaslan Savaş, had told soL news the facts behind the relevant regulation claimed by the government and pro-government media to be ‘‘a prohibition of termination of jobs for 3 months’’.

Savaş had said that the recent regulation of the Turkish government has nothing to do with a layoff ban but it is the legalization of compulsory unpaid leave which was in fact what capitalists have desired for a long time.

‘‘It is classical for Justice and Development Party (AKP) government to do as the content of this anti-labor regulation is about what the bosses' needs and it is presented as if it is in favor of the working classes, which is pretty much the same with all similar regulations in the past,’’ he added.