Man performing prayers on rails, tram waited for him 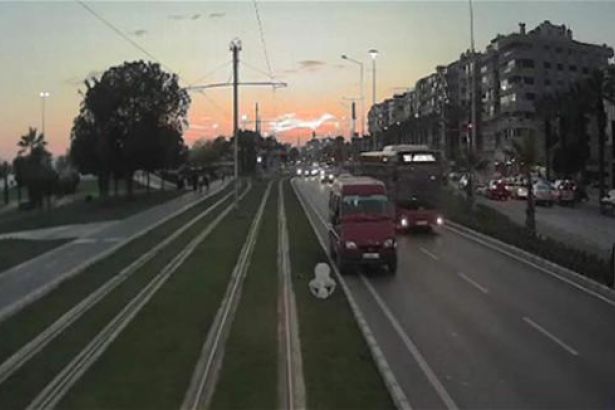 A minibus driver, who parked at the roadside in Karşıyaka district of Turkey’s İzmir province, started to perform prayers on the tramlines. Tram operator stopped his service and waited for the completion of prayer with dozens of passengers.

These moments were recorded on a phone camera by a citizen. In the records, it is seen that the man gets up after he completed his prayers and waves at the tram operator and passengers to thank.

Aysu Tuna, who is the operator of the tram, told the incident. Saying that she was also fasting and the incident occurred after the broke fast, Tuna stated that ‘‘when I went on the tramline, I noticed a person performing prayers. We normally had to aurally warn the man, but I did not want to disturb him because he was praying; thus I stopped at a quite distant location and waited for the man to finish his prayers. I immediately reported the situation to the centre for flow regulation. After a 3-minute-waiting, the praying man got up and thanked me by waving his hand."

Although the tram operator claimed that the passengers witnessed these moments did not show any negative reaction, the citizens’ reactions to the incident grew like topsy after sharing the video on social media. 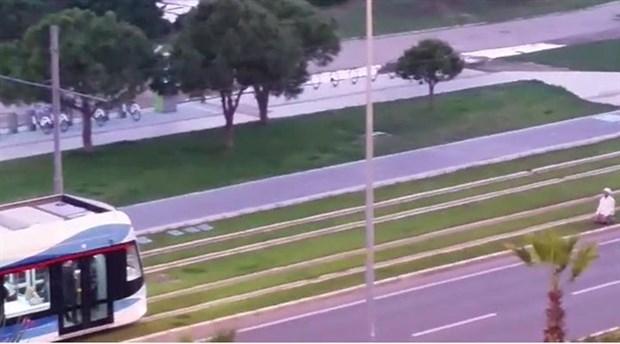 Islamists often resort to such challenges, attacks and impositions of their religious practices in every sphere of life in order to force to submit progressive segments of the society to their Islamofascist power. On the very first days of the Ramadan, just like every year, two citizens were attacked because they do not fast.

Meanwhile, the Mayor of Karşıyaka and the Republican People’s Party (CHP) member Hüseyin Mutlu Akpınar also shared the video on his social media account regarding the incident emphasising on the ‘tolerance of Karşıyaka and İzmir people’. Many people criticised the man praying on the tramlines and accused him of being ‘provocative’. Yet, such kind of an attempt seems to be a challenge or an attack to impose their own religious practices in every sphere of life rather than a ‘provocation’.