Turkey's Unity Trade Union made a statement addressing the oppression of mall workers right after the massive earthquake in İzmir and demanded that mall workers should be on paid administrative leave. 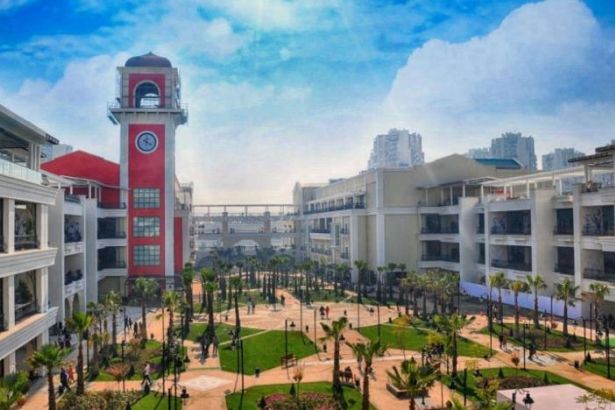 While the death toll rises to 110 in the earthquake that hit Turkey’s İzmir, shopping malls workers faced pay cut involving the moment of the earthquake. Besides, workers are forced to work in malls that still poses danger.

Turkey's Unity Trade Union that is recently established after a resolution adopted at the 13th Congress of the Communist Party of Turkey (TKP) made a statement to address these problems and demanded the mall workers be on paid administrative leave. The full statement is as follows:

In the city where tens of our citizens lost their lives, hundreds were wounded, and many trapped under the rubble, mall bosses are in pursuit of opportunism.

In Optimum and MaviBahçe Shopping Malls, workers are forced to choose between losing their jobs or losing their lives by working on damaged buildings.

The problems of mall workers had been enormously raised during the pandemic. Now, with the earthquake in İzmir, we see how easily bosses sacrifice our lives for their profit ambitions.

While the aftershocks of the earthquake have not stopped yet, the extent of the damage has not been assessed, and people remain trapped under the rubble, the workers forced to leave their families alone to repair, clean, and sell in visibly damaged malls.

Mall workers, right from the first moments of the earthquake, were exposed to inhumane practices such as pay cuts by recording the time spent outside during and after the earthquake as "non-working time".

Increasing numbers of Covid-19 cases, especially in the last month, among mall workers, expose laborers to the risk of death and disease. Empowered by the lack of unionization among mall workers, bosses think that they can continue to make us work with mobbing also under extraordinary conditions like earthquake.

The extent of damage in shopping malls has not been examined fully. The consequences of aftershocks cannot be predicted yet. Nevertheless, the bosses who force us to work inside these damaged constructions to line their pockets, show that they do not care about the pain and concerns of the people of İzmir.

While the people of İzmir are suffering from the loss of life and struggling with the search and rescue operations for the missing citizens, the bosses think that workers can make sales and customers can shop in their malls.

We are not in the same boat! While the aftershocks are ongoing and the extent of the damage is not evaluated in detail, workers cannot be forced to work in damaged malls.

Work in risky and damaged malls must be stopped, mall workers should be on paid administrative leave.

We call on mall workers, who struggle with viruses, earthquakes, and exploitation, to unionize for stopping these conditions and claim their rights.

We invite all store workers, cleaning staff, and security guards to draw our strength from unity and to organized fight in malls where the bosses don't care it crash down on us.

Board of General Management of the Unity Trade Union