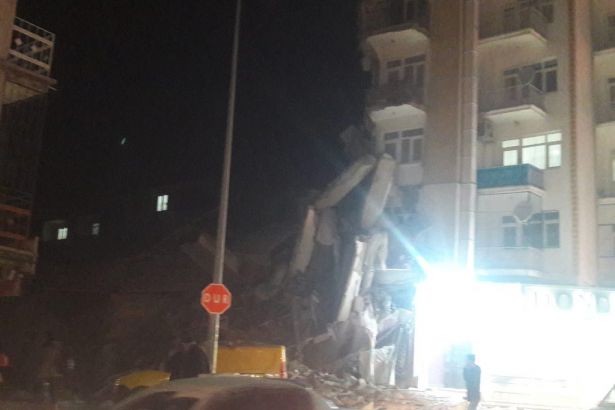 According to the data of Kandilli Observatory, an earthquake of 6.8 magnitude occurred in Eastern Turkey. The earthquake was felt in many regions from southern Turkey to northern Iraq.

It was reported that the earthquake, the epicenter of which is the Sivrice district of Elazig, occurred at a depth of 10 kilometers. It struck at 8:55 p.m. local time.

Aftershocks continue in the region. It was announced that another 5.4 earthquake occurred after the 6.5 magnitude earthquake.

Interior Minister Süleyman Soylu stated that "4-5 buildings" were destroyed in Sivrice, the epicenter of the earthquake. Speaking in the NTV broadcast, the Minister said four people died.

It was also reported that at least 200 people were injured and hospitalized in Elazığ State Hospital.

The mayor of Malatya's Pötürge district, Mikail Sülük, stated that "There are about 100 destroyed houses, people have thrown themselves out but there are animals under the wreckage. There are no casualties. We gathered people in the town centers. We created a crisis desk."

On Wednesday, a 5.4 magnitude earthquake hit the western Turkish province of Manisa with no people being injured or killed. Around 250 buildings were severely damaged in Manisa, according to the officials.