Macron calls for sanctions against Turkey

The French President made a press statement following the meeting with Anastasiadis, the president of Cyprus and criticized the EU for not being determined enough on the Eastern Mediterranean. 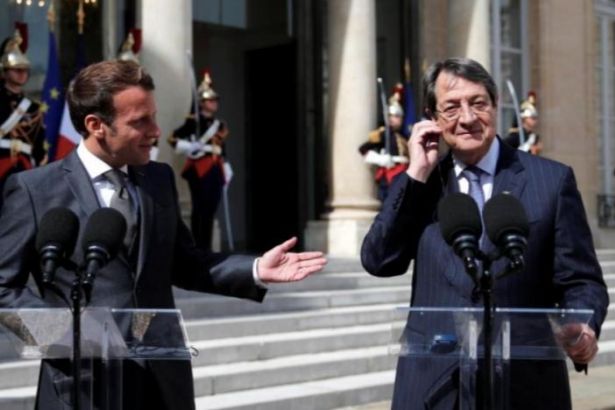 Emmanuel Macron, the President of France and Nikos Anastasiadis the President of EU Member Cyprus got together in a meeting in Paris. Following the talks, Macron called for sanctions against Turkey.

Macron stated that if the EU does not respond to provocations in the Eastern Mediterranean and leaves the matter to other actors such as Turkey, it would be a grave mistake.

Macron added that the EU does not have any other choice and France would never let that happen.

Mentioning that France is in full support of Cyprus and Greece against violation of their sovereignty, Macron marked that the infringement of marital territories of the EU member states is unacceptable and requires the implementation of sanctions.

Underlining East Mediterranean's importance for France in terms of energy and security, Macron stated that while Russia and Turkey increase their presence in the region, the EU is not still active enough.

Furthermore, Macron called for sanctions against the intervening countries in Libya in order to restore the ceasefire and make progress in terms of a political solution.

Pedridis and his counterpart, Florence Parley are also expected to hold meetings within the scope of the talks before the delegation returns to Cyprus next week.