More than half a million workers in the textile industry may lose their jobs after textile/garment monopolies are heavily affected by the COVID-19 pandemic in Turkey. 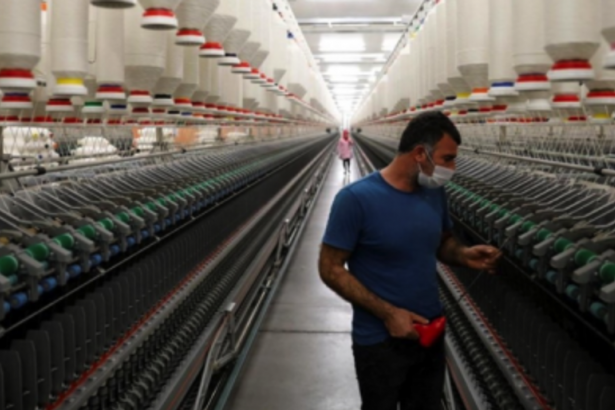 As the COVID-19 outbreak strongly affects service sectors such as tourism, catering-refreshments industry, and aviation, experts expect the textile/garment industry to take the heaviest blow among the manufacturing industries. Even though the shutdown of retail store chains for clothing and people’s changing priorities during the pandemic days are the two important factors behind this negative impact on the textile industry, ‘‘supply shocks’’ based on the structure of the industry is also effective in this crisis.

Since the dominant countries in the production of textiles were primarily affected by the pandemic, the market has suffered from supply chain disruptions. According to the April 2020 estimations of a global capital consulting firm, McKinsey, revenues for the global fashion industry (apparel and footwear sectors) will contract by –27% to –30%in 2020 year-on-year, although the industry could regain positive growth of 2% to 4% in 2021 compared with the 2019 baseline figure.

While few monopolies in the textile/garment industry suddenly shut down their stores in Europe, the USA and other countries where the pandemic has rapidly spread, capitalists continue to deprive workers employed in ready-made clothing sector of their rights across the world, particularly in the countries such as Bangladesh and Cambodia which have a large employment rate in the textile industry.

The recent statements from the capitalist organizations in Turkey also clearly show that the economic crisis has become much worse during the COVID-19 pandemic, including significant problems in the orders that are prepared for production.

As the textile/garment industry is one of the most fundamental sectors for Turkey despite its reducing importance in recent years, the sector’s share in the Turkish economy is 8%-10% with the indirect effects, 15% in manufacturing industrial production, 15% in exports, and 26% in manufacturing industrial employment. Its share in total employment is around 8% in the country.

Although its shares in exports and employment have decreased compared with early 2000s, the textile/garment industry is still one of the sectors that provide the most important employment and generate foreign currency income for Turkey.

The last 40-year story of the textile/garment industry is substantially a story of the increase in the country’s dependency on international capital.

About half of Turkey’s current ready-made clothing exports are in the hands of 12 monopolies.  As the country’s place in the ‘‘global value chain’’ progresses in the world market, it can be much more clearly seen that the potential risks have gradually increased, the exploitation of workers has dramatically intensified with the anti-labor policies followed by the monopolies, and the country has become more fragile against the crises.

Complex structure and hierarchy of the textile/garment sector serve the purpose of both monopolies that the country is highly dependent on and Turkey’s capitalist class to expand the opportunities for the exploitation of workers and to transfer the risks.

Considering the textile industry alone, figures indicate that the share of companies in the top 500 rankings of the Istanbul Chamber of Industry in production is 38% since the capital intensity is higher in the sector, while the first 1000 ready-made clothing exporters ranked in the list of Turkish Exporters’ Assembly perform 15% of the exports.

Thus, the multi-actor structure turns into a strong monopolization at the end of the day.

In the short term, experts expect that Turkey’s export contraction of around 20% in March would rise above 50% in the country’s April 2020 data, which has still not announced by the government authorities.

In addition, it is possible that the Turkish economy would suffer export contraction between 30%-50% during May and June 2020, while this situation is hard to recover even with the increase in demand based on the relative normalization in the last quarter of this year after the pandemic.

In the medium-long term, it is quite vague what falls to the share of Turkey’s capitalist class from the global transformation in the world economy after the COVID-19 outbreak.

The capitalist class in Turkey will attempt to put so-called ‘‘innovations’’ promoting more risks and further aggravating the conditions of exploitation into practice in order to adapt to the new frameworks of international capital and monopolies.

Yet, economists predict that a series of bankruptcies will become inevitable after the heavy blow by the pandemic in a sector that can compete with unit price drops in foreign currency despite the depreciation of Turkish Lira.

Moreover, while some of the large and medium-sized companies that benefit from state subsidies and partial ‘‘favoritism’’ of monopolies managed to survive in such an environment, the elimination will increase as the scale gets smaller since each enterprise will try to transfer its risks to another.

LIBERATION OF TEXTILE WORKERS IS POSSIBLE WITH LIQUIDATION OF INTERNATIONAL CAPITAL

Due to the arbitrary and anti-labor policies of domestic capitalists dependent on 15-20 international monopolies, the textile industry in Turkey, where at least 1.1 million workers are formally employed, has become vulnerable to production and trade fluctuations reaching 40%-50%.

The ‘‘inevitable’’ result of this situation is that at least 500,000 textile and garment workers will lose their jobs amid the COVID-19 pandemic.

For the working class front, it is quite clear that the textile/garment sector must be liberated from the yoke of international capital and the arbitrary rules imposed by the capitalist class as a whole.

In order to protect workers’ rights during and after the pandemic, experts suggest that all workers should be immediately guaranteed to work within the context of social rights; a plan should be prepared within the framework of a nationalization program that will be implemented to the whole economy for the sector; and the demand to allocate resources to save the people, not capital, should be increased.