The Communist Party of Greece (KKE) and the All Workers' Militant Front (PAME) have expressed solidarity with and support to the working people of Turkey who were affected by the deadly 6.8 magnitude in eastern Turkey. 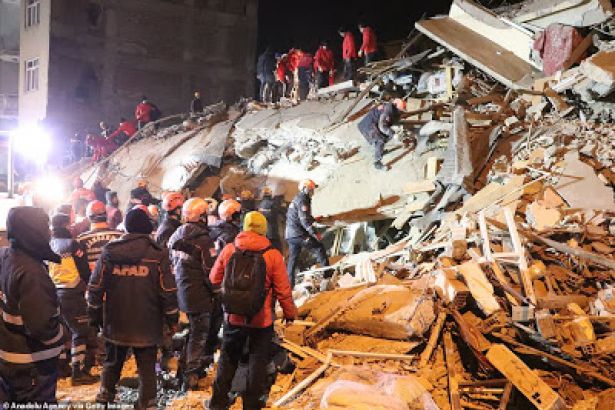 In a message addressing the Communist Party of Turkey (TKP), the International Relations Section of the CC of the Communist party of Greece (KKE) expressed its support to the people of Turkey for the numerous victims and huge damages caused by the earthquake.

"From the experience in our country, we are well aware that it is not destined for the people to pay such a heavy death toll because of natural seismic phenomena. There are social-economic bases for the degradation of anti-seismic protection, whose roots are in the nature of the capitalist system itself, that the various anti-popular policies serve," KKE said in its message.

"Please convey our sincere condolences and solidarity with the working class and the popular strata of Turkey," the Greek communists added.

PAME also expressed  its  condolences  to  the  unions  and  the  workers  of  Turkey  for  the  victims of  yesterday's earthquake.