Kemal Okuyan: Ruling AKP does not have competence to make new constitution

Kemal Okuyan, the General Secretary of the Communist Party of Turkey, answered the journalist İskender Özturanlı’s questions about the ongoing debate on the possible new constitution. 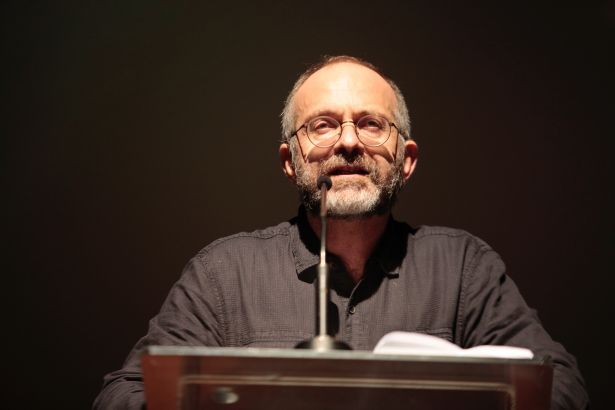 Okuyan stated that the ruling AKP’s biggest expectation was to revise the principle of secularism and such an attempt should be firmly reacted against. According to him, the AKP wanted to further introduce new articles with religious references to the constitution of 1980, which brought about various bans on labour rights, including right to strike.

‘The AKP is constantly looking for a new debate. However, this new constitution has a place in the AKP’s vision of new Turkey. Because the AKP needs to legitimise what it has done to the country. The AKP also thinks how to divide the mainstream political parties and movements.’

‘The debate on the new constitution is a trap but the position has to be totally against the possibility of revising the principle of secularism. The country has many problems, secularism cannot be the only problem? The AKP has a problem with secularism. I think the AKP will introduce religious references in the legal system. We might even discuss the possibility of caliphate but the principle of secularism prevents it. We cannot say we cannot deal with it. Other issues pertaining to human and labour rights were resolved in the constitution of 1980. For example, the right to strike depends on certain conditions so that it is suspended in reality. Constitutions are renewed after revolutions or counter-revolutions.’

AKP cannot be stopped with the Parliamentary system

‘Every constitution has a vision of society and social order. What does President Erdoğan promise except going to space. Any political party working on a new constitution needs to promise something. We say our new popular constitution will erase unemployment, encompass every citizen within social security, make electricity, shelter, education, and health free and accessible by every citizen. These are human rights. What can the AKP say about this? The AKP prevents people from going outside, it rejects people, but it is talking about space. The AKP only wants to make things easier for itself. The AKP cannot be stopped with the Parliamentary system.’

The principle of secularism is an obstacle against religionisation

‘The AKP says 2023. We say let’s reinforce the Republic on the basis of equality in 2023. We can do this. We cannot go forward with balancing the AKP. We need to answer what we want. I suggest our audience read the Communist Party of Turkey’s popular constitution, it says let’s build this country together. Do you want to live in this darkness or in a luminous society?’

‘Turkey should get something other than the constitution of 1980 and the AKP’s new constitution.’