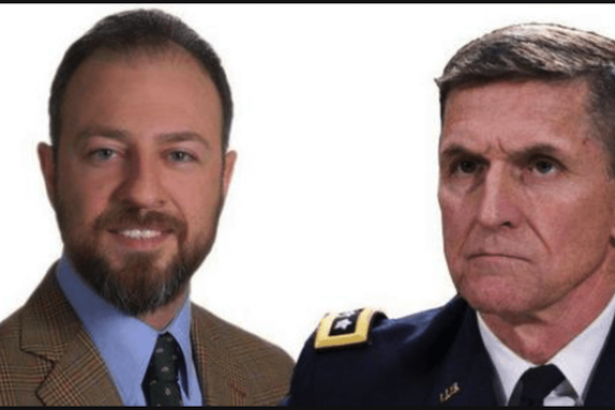 New information regarding relations between Trump’s former national security advisor Michael Flynn and Turkey continues to reveal. Aside from Flynn’s contact with Turkey’s ruling Justice and Development Party (AKP) in the issue of US-based Islamic preacher Fethullah Gülen, it seems possible that the partnership between Flynn and the Turkish government was made due to energy cooperation with Israel.

New allegations are being made about Michael Flynn who resigned after it emerged that he held secret talks with Russia without informing the US President and Vice-President under the presidency of Donald Trump.

James Woolsey, who lastly served as CIA chief during the presidency of Bill Clinton, has been disclosed the lobby activities of Flynn on the Wall Street Journal and CNN. Woolsey, who was a member of Trump’s transition team, was also one of the board members of Flynn Intel Group (FIG).

According to Woolsey’s claim, Flynn and Turkish officials (Turkish Foreign Minister Mevlüt Çavuşoğlu and Energy Minister Berat Albayrak) held a meeting last September, and it was discussed at this meeting that Fethullah Gülen, who currently is a resident in Pennsylvania and one of the masterminds of failed coup attempt in Turkey, would be grabbed and extradited to Turkey by skipping over the legal extradition procedures.

Although Flynn had welcomed the July 15th coup attempt at first, it was quite interesting that he had written an article published on November 8, the day of US presidential elections, and asking for the extradition of Gülen to the Turkish government.

WHAT IS THE ROLE OF ISRAEL IN FLYNN’S CONNECTION WITH TURKEY?

Regarding the financial activities of Flynn, who has been forced to resign by Trump opponents due to his ties with Russia, the needle indicates a different place rather than Russia.

After his resignation, Flynn, who filled in a file for the Foreign Agents Registration Act (FARA) for FIG, acknowledged that he could retrospectively act in the interests of the Turkish government.

Yet among all these networks, there was a point fell off the map related to the relations between Ekim Alptekin and Michael Flynn: The presence of an energy company that Ekim Alptekin has previously refused to give its name and nationality.

Towards the end of the report, the Wall Street Journal spilled the works by manifesting the name and nationality of the energy company: "Inovo hired Flynn on behalf of an Israeli company seeking to export natural gas to Turkey"

Ekim Alptekin, in his earlier statements, had rejected the claims that FIG hired him for lobbying. For instance, in his interview with Amberin Zaman from Al-Monitor, Alptekin stated that he hired Flynn’s company "to carry out geopolitical analyses on Turkey and the region".

Yet, Inovo BV has done this "for a regional energy company that considers investing in Turkey", not for itself. This energy company firstly hired Inovo for performing the analyses; but when it didn’t satisfy with the results, Alptekin’s company had consulted to the Flynn Intel Group. Alptekin said that he cannot explain what the name and the investment of the company was due to a clause in the contract between Inovo and 'confidential' energy company. Nevertheless, he can’t help saying that the dimensions of the relevant investment were ‘gigantic’.

While Israel is seeking new markets to both processes huge natural gas reservoirs (‘Leviathan’ and ‘Tamar’) throughout the Mediterranean coasts, and export petroleum and natural gas in the occupied Golan Heights, it is also trying to change the energy geopolitics of the Middle East and the whole world to secure its new position.

In accordance with this purpose, Jordan, Cyprus and Turkey have a crucial role among strategic countries and investment areas that Israel has drawn a bead on. Israel started exporting oil to Jordan through two US companies, has to deal with Cyprus and Turkey to be able to access Europe.

The central significance of Cyprus stems from both its geostrategic transition feature and the natural gas exploration activities between Turkey and Cyprus as well as the disputes over the continental shelf. Therefore, Israel wants to secure the existing opportunity to soften relations with Turkey from another side through improving the cooperation with Greece and Cyprus. When all these developments are considered as a whole, it is doubtlessly seen that the relationship between Flynn and Alptekin and thus the Turkish government is not merely composed of extradition of Fethullah Gülen. Israel’s natural gas desire and Turkey’s eagerness for being a bridge to Israel may lie behind somewhere of these financial relations between Flynn, Israel and Turkey’s ruling Justice and Development Party.

Ekim Alptekin, the Chairman of Turkish-American Business Council founded within the Foreign Economic Relations Board of Turkey (DEİK), is a ‘leading light’ and new-rich of the ruling Justice and Development Party (AKP) period.

Alptekin, who craved for ‘dessert’ when he was on a vacation in Mykonos and satisfied his desire by sending a special jet to İstanbul, was born in 1977.

Alptekin, who grew up in the Netherlands and completed his education there, then immigrated to the USA in 2002. With a phrase he used in an interview with daily Milliyet, although Alptekin stayed in the US only for 1-1.5 years, he felt like an American as he never felt in Europe.

The reason behind the rise of Ekim Alptekin as a financial power under the AKP rule is construction sector and his brokerage operations for the Housing Development Administration of Turkey (TOKİ). Alptekin, who has close relations with Erdoğan Bayraktar (the former Minister of Environment and Urban Planning of Turkey under the AKP government, and resigned due to 2013 corruption scandal), had been previously involved in an investigation of corruption related to the Netherlands in 2013.

Yet, one of the most interesting parts of Alptekin’s biography is marriage witnesses at his wedding ceremony in 2007.

The marriage witnesses of Alptekin, who married Aslı Aydıntaşbaş at that time, were Hilmi Güler, the Minister of Energy and Natural Resources of the period, and Şaban Dişli who became famous once again after the July 15 coup attempt.

Şaban Dişli, who had to resign due to the allegations of corruption in 2008 but then became the AKP Vice Chairman again, is the brother of Mehmet Dişli, one of the key figures of the July 15 coup attempt.

Also, Alptekin overtly supported Donald Trump’s presidential campaign during the US electoral process, and this stance was interpreted as the support of the AKP government to Trump.