İşbank workers tell soL that the employees are the real owners of the bank or its assets, calling on the people for a class perspective amid President Recep Tayyip Erdoğan's plan to transfer the CHP shares in the banks to the Treasury 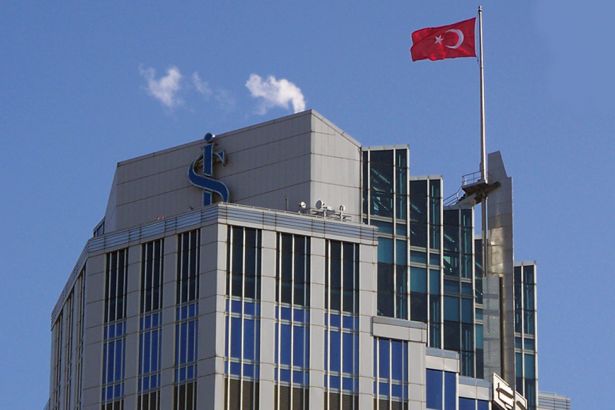 “Atatürk shares” are around 28 percent at İşbank accounts. According to the will of Mustafa Kemal Atatürk, the founder of the Republic of Turkey, the profits of the CHP shares go to the Turkish Language Institution and the Turkish History Institution, as the CHP party has four members on the board of the bank. In September, Erdoğan signalled his government’s intention to take on the CHP party’s shares in the bank.

Employees from İşbank told soL that the bank administration tended to use the general perception of the bank as a “republican institution” since the bank had been established in 1924 under the rule of Atatürk. They also underlined that İşbank preferred “regularly” functioning human resources policies in comparison to the other capital groups and banking sector in Turkey.

While the CHP party’s shares are 28 percent, 40 percent belongs to the bank’s supplementary pension fund and 32 percent to public trading. Banking employees said that BASİSEN (Banking, Finance and Insurance Employees Union of Turkey), which actually administrates İşbank’s pension fund, represented the interests of the bank management rather than that of the bank workers. They also noted that this BASİSEN union had acted in favour of finance capital, as a “barrier” in front of the rising social opposition and pro-working class trade union movement in the 1960s and 1970s.

The workers told soL that the trade union officials notoriously resorted to a sham fight during collective bargaining processes with the bank board, leading to a declining trend in occupational rights of banking employees.

Established in 1974, İşbank Supplementary Pension Fund appears as a giant corporation with big cuts from the salaries of banking personnel, around 45 thousands of people including the retired workers. However, workers from İşbank told soL that this fund was functioning like a mandatory private pension system, which was imposed by the ruling Justice and Development Party government. They said that such private pension funds were carried out in many countries as part of the privatization of public pension rights and the commercialization of social security.

They also noted that the interests gained from the assets in the fund were being transferred to capitalists, not the banking employees and retired personnel. As a new banking worker earns below minimum wages in Turkey, such workers have to pay for the İşbank fund as well to be entitled to be a “retired worker” in 40-45 years.

İşbank workers also indicated to the general tendencies of the bank management, particularly at critical political turning points. For instance, Adnan Bali, the bank’s chief executive director, severally told journalists that they had backed the government following the coup attempt in July 2016. He described the July 15 incidents as the conflict of the “national” and the “non-national”, echoing Erdoğan’s approach, and criticized credit rating institutions in an attempt to support the government.

They noted that İşbank management played a critical role in shaping Turkey’s economic policies during the rule of AKP party, adding that the bank grew more than the average of the country’s banking sector, it always looked for harmonizing with international capital in credit policies. They underlined that İşbank was not just a bank, but a giant group whose share is 11,3 percent within banking assets, a group that increased its turnovers by over ten times, which also owns Şişecam, Turkey’s biggest glassware company.

Erdoğan’s call for the transfer of the CHP shares in İşbank to the Treasury is also nothing but rhetoric, as he said that the transfer would be in favour of the nation. However, previous transfer cases show quite the contrary. Talking about the debates on the transfer, İşbank workers told soL that such transfers would have nothing to do with public interests, considering that most of the assets confiscated by the government, particularly in the case of Uzan group or Gülenist capitalists, were transferred to another capitalist groups and individuals. About property or asset transfers, they underlined that the defence of property rights would stand for advocating the interests of the capitalists, not of the workers.

İşbank workers concluded that the bank’s policies were already in parallel with the AKP rule and the capitalist class, calling on the workers to strengthen their own ranks in order to protect their occupational rights with a working class perspective instead of a general perspective of “İşbank culture”, an ideological atmosphere that obscures class positions and class rights.