Iraq: We may apply to UN Security Council for Turkey to end operations

Ahmed Sahaf, spokesperson for Iraqi Foreign Ministry has stated that they may apply to UN Security Council and Arab Union in order to stop the military operations of Turkey on Iraq soil and added, “we also have economic influence tools”. 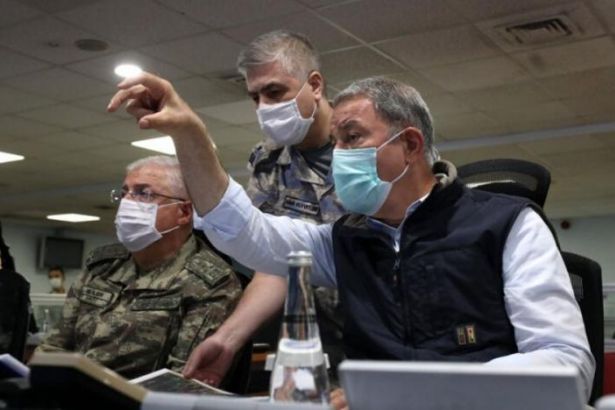 Al-Sahaf has made a statement to Sputnik, arguing “Iraq may call the UNSC to an urgent meeting or apply to the Arab Union, Islamic Collaboration Union and other institutions”.

The spokesperson mentioning that they have other influence tools including economic tools, “There are tens of Turkish economic and investment companies in Iraq, the trade volume between the two nations has exceeded 16 billion dollars”.

Sahaf has mentioned that Iraq has already tried to resolve the issue by dialogue, “All these influence tools are leverage for the Iraqi government; however we are looking for a common ground political dialogue and good neighbor relations in order to resolve this problem which has negative effect on the security of the region”.

The Iraqi diplomat has stated that military operations of Turkey, which are not coordinated with the Iraqi administration, deteriorated the effort against terrorism and increased the tensions around the borders.

In relation to the statements of the Iraqi spokesperson; Hami Aksoy, the spokesperson for Turkish Foreign Ministry, has stated, “Turkey is determined to take any necessary action based on the legitimate self defense right of international law against any kind of destructive activity based in Iraqi territory against the security and stability of Turkey,” and added “We have responded to the statements of Iraqi diplomats regarding the Pence campaign against the PKK terrorist organization based in Iraq. New baseless claims have been made by Iraqi authorities regarding this issue”.

“We expect the Iraqi government to fulfil the liabilities of international law and their constitution and prevent the PKK from using their soil. We once again remind that we are ready for a joint struggle against the PKK which threatens the security and sovereignty of the Iraqi government.”