The parties from the "International Communist Review" held a teleconference regarding the developments in Venezuela and shared a message of solidarity with the Venezuelan people and the Communist Party of Venezuela. 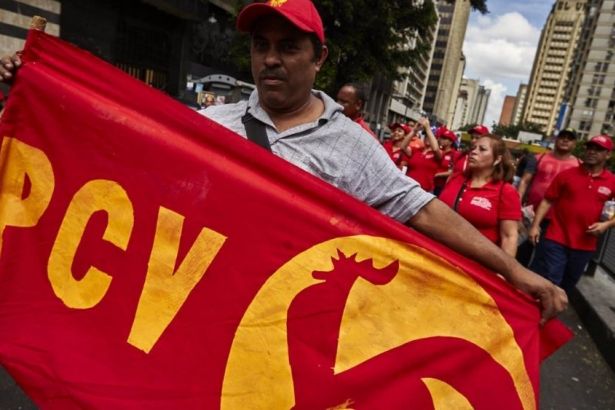 During the teleconference, Oscar Figuera, GS of the CC of the PCV, briefed the ICR parties on the developments in Venezuela and the position of the PCV, answered questions from the ICR party representatives, while brief statements were made by the parties.

The ICR parties issued the following statement in solidarity with the PCV:

Solidarity with the Communist Party, the working class and the people of Venezuela

During the previous period, the working class and the people of Venezuela have been targeted by the imperialist attacks launched by the US, the EU and their allied governments in the Latin America region, with the cooperation of local reactionary forces. Their goal is to overthrow the legally elected government of Nicolás Maduro, to undermine the independence and sovereignty of the Venezuelan people, and to grab the natural wealth of the country for the interests of their monopolies.

At the same time, the working class and the people of Venezuela witness the consequences of the capitalist crisis that is sharpened by the measures of the imperialist blockade, facing the huge losses of their income and the negation of workers’-people’s achievements. It is becoming more and more obvious that there cannot be a pro-people way out of the crisis, within the limits of the decayed capitalist system.

In these difficult and complex conditions, the CP of Venezuela conducts a fierce struggle to repel imperialist aggression, to fight against the reformist and submissive policies of the government, to defend the rights of the working class and the people. It also intensifies the efforts to strengthen its ties with the working class, the poor peasantry and more generally the popular forces and the youth, as a precondition to promote a truly revolutionary process in its country.

The Communist and Workers Parties participating in the International Communist Review: