World Peace Council (WPC) made a statement on the threats of the USA against Iran, risking the world peace 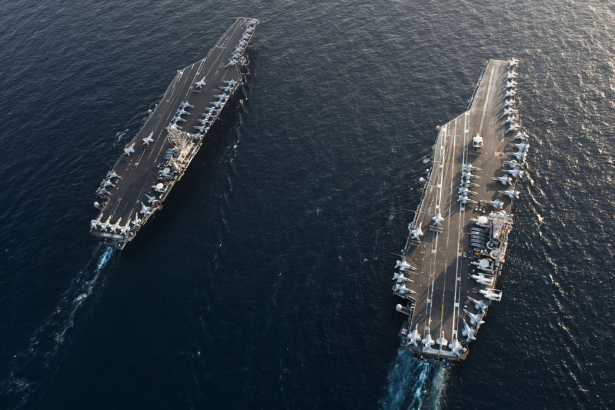 World Peace Council (WPC) released a statement on the threats of the USA against Iran, calling for the peace movements to prevent the slide to war in the Persian Gulf.

Noting that the US has sent its deadly weapons to the Persian Gulf, the Council said the imperialist plans risk the outbreak of another disastrous US-led war in the region.

The World Peace Council is extremely concerned about the heightening of tensions in the Persian Gulf. In recent months, the United States has steadily increased its threats against Iran and now the situation in the region has become critical with war by the US - and its allies in Saudi Arabia and Israel - on Iran a very real possibility.

After a series of measures, sanctions and threats, including the withdrawal from the international agreement with Iran regarding economic sanctions and Iran's access to nuclear technology for peaceful purposes, the US administration stepped-up threatening openly with military operations against Iran which pose a major threat to the Iranian people and have seriously raised international tensions.

Some of the US’ most deadly weapons of war have been sent to the Persian Gulf close to Iran, including several warships, an aircraft carrier and fighter jets as well as B52 bombers, on top of the deployment of the US Patriot Missile system to the region, despite the contradictions within its allies in NATO itself. The US Navy announced that on Sunday 19 May the USS Abraham Lincoln aircraft carrier strike group, in coordination with the US Marine Corps, conducted military exercises in the Arabian Sea highlighting US “lethality and agility to respond to threat”. On the same day, Donald Trump threatened to “destroy Iran forever”!

The US imperialist plans in the Middle East, including the threat of violent regime change as well as all other moves, risk the outbreak of another disastrous US-led war, or even war by default, both of which would pose a serious threat to world peace.

WPC believes that the future of political developments in Iran must be left to the people of Iran. Recognition of the right of self-determination and solidarity with the Iranian people in their struggle for peace and progress is the most effective way to de-escalate tensions and secure a peaceful outcome to the current dangerous situation.

WPC believes that a new war in the Persian Gulf involving Iran will be a disaster for the international community and could even develop into a serious threat to world peace.

The WPC calls on all peace loving forces internationally to mobilise for an effective campaign to demand an immediate end to the rhetoric of war and conflict.
The UN should act to ensure that the drive to war is halted immediately!

No war with Iran!