Huge budget allocated to Ministry of Religious Affairs in 2018

The budget allocated to the Directorate of Religious Affairs (Diyanet) set to increase by 13.21% in 2018 compared to the previous year 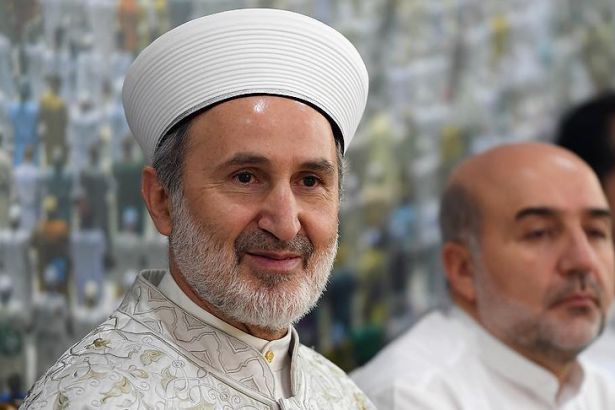 As the poverty rate gradually increases across the country, the ruling Justice and Development Party allocates a huge share of the state budget to the Directorate of Religious Affairs.

The Turkish government has increased the budget allocated to the Directorate of Religious Affairs, or Diyanet, by 13.21% in 2018 compared to the previous year. With this increase, the share allocated to the Diyanet from the state budget will be 7 billion 774 million 183 thousands Turkish Lira [~ $2 billion]. The plans as to what particular items this huge allocation will be spent on are shown in the 2018 Performance Report of the Presidency.

The Diyanet will allocate funding in the amount of 8 million 841 thousand TL from the budget 'in order to contribute to the solution of social problems that prevent unity and solidarity'.

8 million 500 thousand TL, a very large part of this fund, will be spent to "carry out work to prevent moral corruption in society".

Also, 21 million 576 thousand TL will be spent on the construction of new service buildings in places that have been designated as needing renovations to fulfil the needs of religious civil servants. These same religious civil servants (known as muftis) were given the authority to perform civil marriages by a new law passed in the Turkish parliament last month.

The share allocated for the establishment of new Qur’an courses is 1 million 450 thousand TL, according to the information given.

Turkey's Diyanet, which financially pulled ahead of 12 ministries and most state institutions, had stated that the budget allocated to it was ‘not enough’ in its 2016 activity report, and had asked for a higher budget allocation from the government for 2017.

The budget allocated to the Diyanet has increased massively under the ruling Justice and Development Party, as the Ministry continues to give fatwas on government demand, interferes in political issues, and backs the Sunni Islamism of the ruling political power in Turkey, as it promotes religious practices in all sphere of life.

Turkey's Religious Affairs will have an even greater share of the government's budget within the next five years, as its new strategic plan for the years of 2017-2021 is to ‘‘be a source of inspiration for religious organisations both in the west and in the Islamic world’’. In 2017, the budget allocated to the Diyanet was approximately 6.8 billion TL.