The number of child pregnancies in Turkey since 2001 is 542 thousand 821, according to data announced by the Turkish Statistical Institute. The report shows this number reaches almost 2 million when taking 18-19-year old adolescents into account 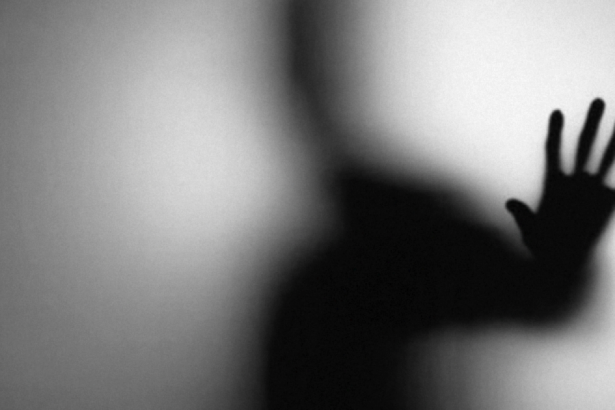 A total of 11 thousand 803 children aged between 10-17 were forced to give birth in Turkey last year, while the data released by the Turkish Statistical Institute (TurkStat), the government agency commissioned with producing official statistics on the country, shows that the number of child pregnancies since 2001 is 542 thousand 821. When taking the birth rate in 18-19-year old adolescents into account, this number increases to 1 million 909 thousand 406, according to the official statistics.

TurkStat data also indicates that the number of child pregnancy only reflected in official records is 167 for children under 15 years of age; 11 thousand 646 for children aged between 15-17; and 48 thousand 361 for adolescents at the age of 18-19.

A draft law, which has been submitted to the Turkish parliament several times by the ruling Justice and Development Party (AKP) since 2016, would introduce a repentance law for sex offenders, including child abusers. The "child rape pardon law" had been withdrawn by the government three years ago upon the public outrage.

If the draft law gets through the parliament, a sex offender will not be punished in case he gets married to the sexually abused child. According to the AKP’s new draft law granting child molesters the right to avail of the proposed repentance law, the age difference between the offender and the child shall be less than 10, and there shall be no complaints about the offender.

Criticizing the AKP’s draft law on execution of sentences granting repentance law for sex offenders and child molesters, 63 bar associations across Turkey released a statement titled, "We will not allow the legitimization of sexual abuse of children by law."

"The recent debates on the draft law, which grants sex molesters remission of punishment by placing the age disparity between the sex offender and the sexually abused child as a condition on the repentance law, are unacceptably behind the times, legitimizing and promoting the sexual abuse of children," bar associations said in their joint declaration.

Islamization of Turkey under the AKP government has further escalated under-age forced marriages, as 18% of total marriages are correspondent to child marriages in the country.

A report on child abuse prepared by the Prevention of Violence and Rehabilitation Organization indicates that the rate of child abuse increased by 700% in the last ten years in Turkey.

Fatma Betül Sayan Kaya, then-Minister of Family and Social Policies, had announced last year that her government would introduce a new regulation, dividing the sexual criminal categories into two groups as "against children under 12" and "above 12". However, experts widely criticized the Turkish government’s approach since the Turkish law considers all individuals under 18 as children. Many critics argue that this age division in child molestation stems from the government’s Islamization policies, considering that the "age of marriage" in the Quran coincides with puberty.

Meanwhile, Turkey’s Directorate of Religious Affairs (Diyanet), a Sunni-Islamist governmental institution, is also known for its many reactionary statements and fatwas normalizing child abuse in society. Diyanet had faced a public uproar when it issued a fatwa that the girls who reach puberty are allowed to marry and give birth at the age of 9.

The age limit for punishment due to sexual abuse of children was reduced to 12 by the Turkish government, while sexual crimes remain in impunity when the consent of the children above 12 is sought for or when such children do not file a complaint. This situation means that the abuser is able to continue abusing children, persuading the parents of the child with ‘bride price’, and using the child as his property.

As child abuse incidents have seriously increased in recent years in the country, the AKP government had earlier attempted to "solve" violence against children by proposing chemical castration to prevent child abuses, a method criticized as it would fail to stop child molestation, and criminalizing adultery with a new law motion that equates adultery with child abuse.

Last year, the Communist Party of Turkey (TKP) had reacted to the Turkish government’s policies on child marriages and molestation, reminding that child abuses cannot be prevented without unveiling their relation to the ever-increasing reactionism in the last fifteen years, and AKP’s Islamist impositions that constantly attack women and children cannot prevent molestations.

Underlining that the real aim of the AKP rule is to intensify its Islamist oppression over society, TKP had said that ‘‘The rule of Erdoğan, as the architect of this social decomposition, cannot be absolved by increasing punishment rather than eliminating the causes of child abuses.’’