Former New York Mayor Rudy Giuliani disclosed that he sought to resolve a criminal sanctions case against a Turkish gold trader by brokering a deal with Turkey that he says was intended to promote U.S. national security interests 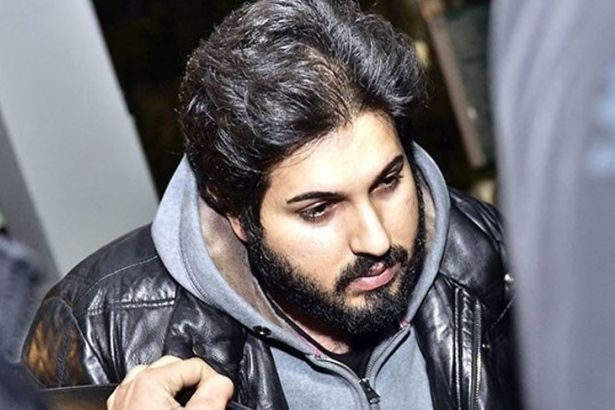 Former New York City Mayor Rudolph Giuliani, hired to resolve criminal charges against Iranian - Turkish tycoon Reza Zarrab, said in an affidavit that senior U.S. officials are open to a deal that would help his client while promoting the security interests of the United States.

In a filing with the court Wednesday night, Giuliani also said "senior U.S. officials" were receptive to the possibility of such an agreement. Giuliani said both U.S. and Turkish officials remained "receptive" to a diplomatic solution due to the nature of the charges against Zarrab and the perceived importance of Turkey as a geopolitical ally.

Giuliani travelled overseas recently to see Turkish President Recep Tayyip Erdoğan, the meeting was kept secret. Giuliani has for the first time acknowledged the contours of his unusual effort. In the last court affidavit, he makes it clear that he is trying to turn a criminal case into a matter of international diplomacy

The disclosures came in response to a demand by the New York federal judge overseeing the sanctions case for more information about the roles being played by Giuliani, a former U.S. Attorney in Manhattan, and Michael Mukasey, a former U.S. attorney general. Both of the lawyers, who have been advisers to President Donald Trump, were hired by the gold trader, Reza Zarrab, to join his defence team and seek a resolution to the case beyond the courtroom. U.S. District Judge Richard Berman is scheduled to hold a hearing on the matter next week.

"That receptiveness is hardly surprising when one considers that none of the transactions in which Mr Zarrab is alleged to have participated involved weapons or nuclear technology, or any other contraband, but rather involved consumer goods, and that Turkey is situated in a part of the world strategically critical to the United States," Giuliani said.

Giuliani’s efforts come at a time when Erdoğan has claimed a victory in Turkey's fraudulent referendum and drew a congratulatory phone call on Monday from Trump. Reza Zarrab, also known by the name Rıza Sarraf, was arrested in Turkey, in 2013 of bribing senior ministers from Erdoğan's ruling party with cash and lavish gifts as part of a scheme to bypass US sanctions on Iran. But he released after Erdoğan's intervention. Zarrab was arrested while on holiday in Florida with his wife and daughter in 2016. The arrest threatens to reopen a case that reached right into Erdoğan’s inner circle and to tarnish the party that he founded.

Turkish president Erdoğan claimed last year that there were "malicious" intentions in the prosecution, and he raised the matter with then-Vice President Joseph R. Biden Jr. during talks at the United Nations, according to Turkish news reports.

Prosecutors have raised concerns about possible conflicts because eight of the U.S. banks involved in the case have been clients of Giuliani or Mukasey's law firms. They have also cited the work of Giuliani's firm, Greenberg Traurig LLP, as a registered agent of Turkey.

Zarrab, 33, who was born in Iran and moved to Turkey, has dual citizenship. He was charged with conspiring to facilitate millions of dollars in transactions on behalf of Iran and other sanctioned entities through the use of false documents and front companies, and with conspiracies to commit bank fraud and to commit money laundering. He has pleaded not guilty. Prosecutors have filed similar charges against Mehmet Hakan Atilla, an executive at Turkish state-owned bank Halkbank. Both men have pleaded not guilty.

U.S. District Judge Richard Berman asked for information about who has been paying the legal bills for Zarrab’s top-flight defence team, which to date has included nearly 20 of New York’s most elite white-collar criminal defence attorneys. In his declaration, Giuliani said Zarrab himself has paid his bills and that his accountant had wired the funds received by Giuliani’s law firm.

Turkey's Erdoğan says to meet Trump in US