Four workers die in fire at textile factory in Turkey 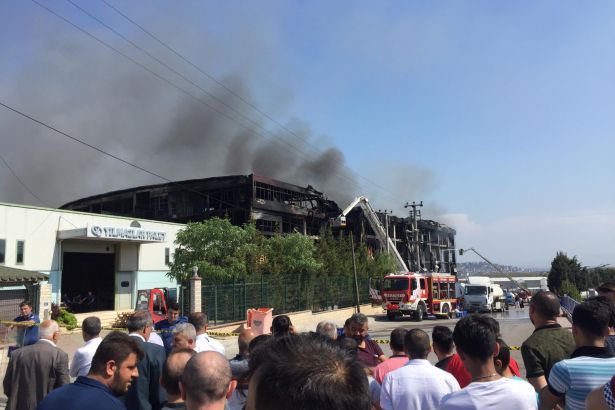 As thirty workers were working during the holiday in the industrial city of Kocaeli, a fire broke out at the logistics department of a local textile factory on Thursday, June 6.

Despite the fire-fighters’ intervention, the factory went in flames, leading to the death of four workers, who were immigrants. It is reported that three of the four workers were Syrians and one was from Afghanistan. Five other workers were injured and taken to a hospital.

“Thanks to God, the fire is under control. It was not certain whether some citizens are stuck in there. God willing, they are not,” the local mayor in Çayırova told the reporters. The fire was held under control after four and a half hours of work.

The incident took place during the Ramadan holiday in the country. Trapped at the factory as the fire broke out, the workers tried to escape the building. Yet, five of them were killed as the others were injured.

Gebze Chief Prosecutor's Office appointed two prosecutors about the fire and 30 people were questioned. The owner of the factory and the person who rented the building were taken into custody. Within the scope of the investigation, it was learned that eight migrant workers who were found to be working illegally would be handed over to the Provincial Migration Administration for deportation.