As child abuse in Turkey is rapidly increasing under the 18-year rule of the Justice and Development Party (AKP), Turkish government has paved the way for child marriages through legislative regulations. The ruling AKP now attempts to grant repentance law for child abusers in the new legislative session to start in October 2020. 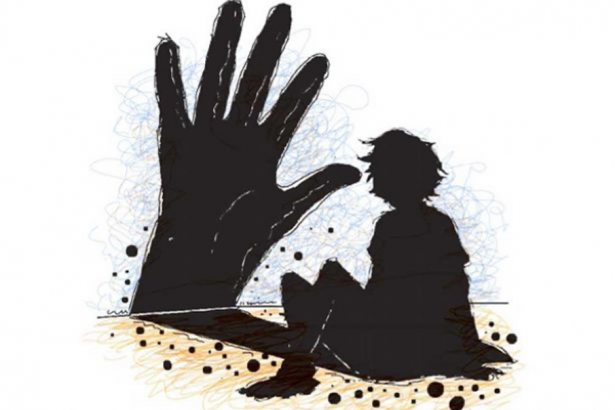 Turkish Statistical Institute (TurkStat), the government agency commissioned with producing official statistics on Turkey, its population, resources, economy, society, and culture, has released statistics about birth and marriage in the country on the occasion of World Population Day, marked on July 11. 17 thousand girls aged 16-17 among ‘’legal marriages’’ in Turkey were forced to marry in 2019, according to the data.

Turkey’s southern province of Dersim, governed by a communist mayor from the Communist Party of Turkey (TKP), the northern provinces of Bayburt and Gümüşhane are the provinces where girls were least forced to marry.

TurkStat’s report indicates that 142 girls below the age of 15 gave birth last year. The number of children giving birth between 15-17 years old was 9 thousand 714.

‘‘TURKSTAT’S DATA ON CHILD MARRIAGES IS FAR BELOW THE TRUTH’’

Commenting on the data announced by TurkStat, Lawyer Barış Özbay told soL news that the legal regulations introduced during the ruling Justice and Development Party (AKP) did not only pave the way for the legitimation of Islamic ‘‘imam marriages’’, but also forced the victims of sexual abuse to marry the perpetrator of the crime.

Pointing out the informal forced marriages of children, Özbay said, ‘‘In fact, the data released by TurkStat is far below the actual number, and the 16-17 age group cited in the report is also manipulative in this regard.’’

‘‘Because, according to the current Turkish Civil Code, those who have turned the age of 16 are allowed to be married with parental consent in the event of exceptional circumstances and court decision,’’ he continued.

Özbay also noted, ‘‘Unfortunately, it is a known fact that this legal arrangement has been so misused by the authorities, and this clause, which should have actually been regarded as exceptional, has been ‘normalized’ in a way.’’

‘‘TurkStat does not carry out a special study on the detection of the real number of child marriages and childbirths’’, Özbay said, and added, ‘‘The data of the political parties, associations and NGOs conducting field studies in this issue are more reliable in determining the actual numbers, which are much more than the existing controversial data announced by TurkStat.’’

Özbay told that the most crucial point of this issue is that the Islamic reactionary mindset, which has become more widespread in Turkey in recent years under the name of ‘‘traditionalism’’, has been legitimized with the government’s new legal regulations, and thus, criminal laws regarding child marriage cannot be preventive and deterrent.

‘‘The legal regulations introduced during the ruling Justice and Development Party (AKP) did not only pave the way for the legitimation of Islamic imam marriages but also forced the victims of sexual abuse to marry the perpetrator of the crime,’’ he said.

Highlighting that ‘Law on Protection of Family and Prevention of Violence against Women’ could not protect child victims because there is no marital relationship in such incidents of child abuse, Özbay concluded, ‘‘Believing a series of statistical data without reckoning with this reactionary establishment only salves the conscience of society. Yet, perpetrators and victims of the actual crime still exist.’’

‘‘Stop attempting to introduce amnesty bill for child sexual offenders, defaming the Istanbul Convention and the Law to Protect Family and Prevent Violence against Women, and threatening the women’s rights acquired as a result of great struggles!’’ the platform said in its statement.

The same motion had been brought into the agenda of the Grand National Assembly of Turkey (TBMM) in April. However, it was withdrawn upon public reaction.

‘‘Keeping potential amnesty bill for sexual crimes on the agenda is an attempt to legitimize the sexual abuse and rape of children under the guise of marriage,’’ the platform underlined in its statement.

The platform also urged the Turkish parliament to work on necessary laws to prevent sexual abuse of children instead of considering amnesty for their offenders, adding that impunity of sexual crimes is essentially encouragement for such crimes to continue.

FORCED CHILD MARRIAGES AS A FORM OF CHILD ABUSE IN TURKEY

The proportion of child abuse by marriage in all marriages in Turkey is 28%-35%, according to the official data.

As Islamisation of the country has further escalated, child marriages in parallel to the rise in the rate of child abuse and violence in recent years, Turkey is in the first place in child abuse by marriage among the European countries with this proportion, and the number of actual statistics regarding child abuses and forced marriages of children cannot be exactly determined due to Islamic ‘imam’ marriages.

In 2015, the Constitutional Court in Turkey had ruled that religious (Islamic) marriages could be performed ‘‘at any age, without any conditions as a necessity of freedom’’, while the age limit for punishment due to sexual abuse of children was reduced to 12.

Therefore, the crimes remain in impunity when the consent of the children above 12 is sought for or when sexually abuse child do not file a complaint. This situation means that the abuser will be able to continue to abuse children, persuade the parents of the child with ‘bride price’ and use the child as his ‘property’.

Turkey’s Directorate of Religious Affairs (Diyanet), a Sunni-Islamist governmental institution, is also known for its many reactionary statements and fatwas normalizing child abuse in society. Diyanet had faced a public uproar when it issued a fatwa that the girls who reach puberty are allowed to marry and give birth at the age of 9.

A report on child abuse prepared by the Prevention of Violence and Rehabilitation Organization in 2018 indicated that the rate of child abuse increased by 700% in the last ten years in Turkey.