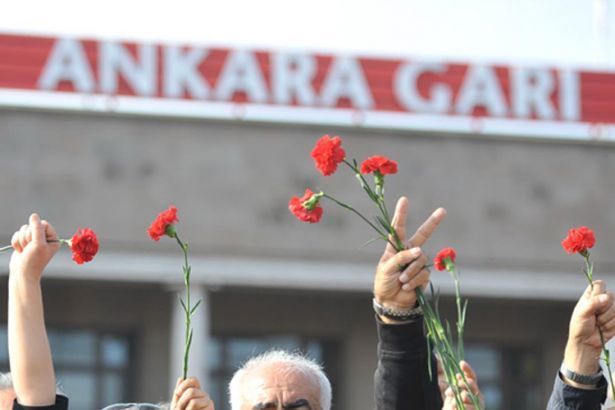 The first hearing of the case “Libeling Offense against the President” where Mustafa Doğan stands trial was held in Ankara yesterday. Doğan is the father of the deceased Güney Doğan, who was one of the victims in the railway station bombing in Turkey's capital Ankara conducted by IS militants on October 10, 2015.

Mustafa Doğan was prosecuted of “insulting the president” for his words in the final hearing of the massacre case held in Sincan Prison Campus on August 3, 2018. The father said: “We do not trust the justice in this country. The murderer state is to be accounted for. It is to be known that who killed our beloved ones in October 10 is the government. It is the AKP government. It is fascist Tayyip Erdoğan. It is Erdoğan who erased my son’s future.”

The board of the court applied one-sixth remission on the penalty pursuant to the Article 299/1 of Turkish Penal Code reducing it to 10 months of prison and decided to defer the pronouncement of the verdict.

The penal provision of insulting the President is notorious for being consistently abused by the government which causes intense critics implying the regulation is utilized to repress the opposition.

On October 10, 2015, two suicide bombers later revealed to be acquainted with IS attacked the Peace Rally near Ankara Railway Station, killing 109 and wounding 500+, which is recorded to be the deadliest terrorist attack throughout the history of Turkey.