Erdoğan: “We’ve fed them but they don’t still vote for us”

Turkey’s President Recep Tayyip Erdoğan said, “We have fed the people, but they do not still vote for us,” in a meeting of his party, according to the sources 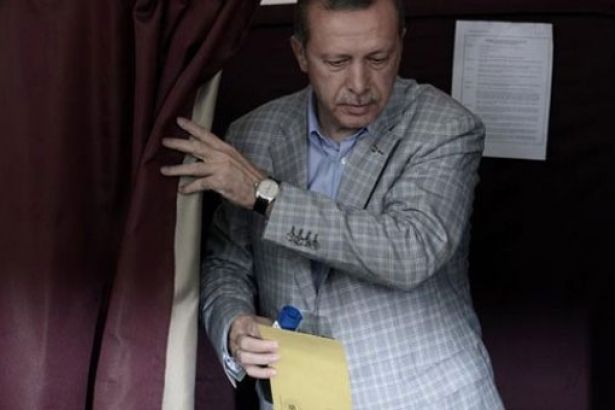 Erdoğan held a meeting with some lawmakers, mayors, and senior administrators from his ruling AKP ahead of the repeated local elections of June 23. Turkey’s Supreme Election Council (YSK) decided to re-run the March 31 polls through which Ekrem İmamoğlu, the mayoral candidate of the opposition, had won the election ahead of his rival, Binali Yıldırım.

According to Cumhuriyet daily, when the participators of the meeting were talking about the votes of Kurdish citizens in İstanbul, Erdoğan said, “How many votes did you take in Sultanbeyli? We have provided services there, though. But they [the opposition] took 15 percent of the votes there,” criticizing the Kurdish voters for voting for the opposition.

“We will not look at the stomachs anymore, but at the heads [pointing at his head]. We have filled everybody’s stomachs, yet here is the result. You feed them, you meet all their needs, but they do not still vote for you,” Erdoğan is reported to have said during his party’s meeting.

Meanwhile, thousands of social media users have criticized Erdoğan for his statements. The people have said that the government is not “feeding” them, but the authorities and the rich are getting richer as the working people are getting poorer.

As Erdoğan gets angry with the people for not voting for his party and claims that his government “feeds” all the citizens, millions of people around Turkey are living below the poverty line, even several millions of them survive under the threshold of hunger, which is above the minimum wages according to recent official data.

Turkish Statistical Institute reveals that the number of unemployed people in Turkey has reached up to 4.73 million in February 2019 as the number increased by 1.37 million in comparison to February 2018. The rate of unemployment has risen by 14.7. The working people are forced to work and live in very poor conditions amidst the economic crisis and skyrocketing inflation.