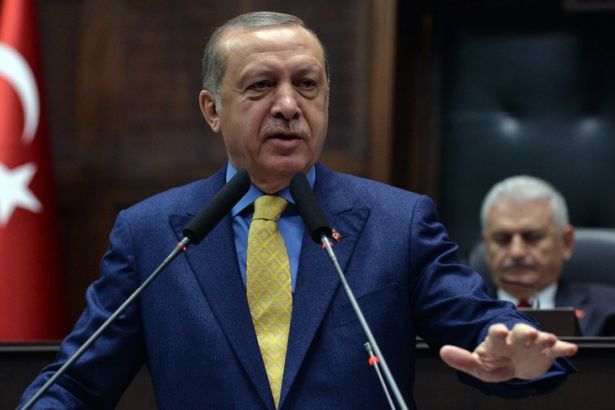 Turkey’s President Recep Tayyip Erdoğan talked about a law motion on February 20 regarding the increasing rate of child abuses and criminalizing adultery at his party’s parliamentary group meeting in Ankara.

"This society holds a different status with regards to its moral values. This is self-criticism: I have to say that we made a mistake during the EU process. We should make regulations on adultery and perhaps consider it with the issue of harassment of others," Erdoğan said, hinting that his AKP government will equate adultery and sexual assault or abuse within the same context.

Arguing that Turkey is different from most of the European countries, Erdoğan has an Islamic approach to the issue of individuals' sexual life with their free will as Sharia laws claim that adultery is a sin and crime that should be punished. The Islamist-rooted AKP floated the idea in 2004, two years after it first came to power, as part of a broad overhaul of the Turkish penal code but the proposal caused a backlash.

Meanwhile, Justice Minister Abulhamit Gül also talked about the increasing rate of child abuses, adding that the government is considering some regulations including the introduction of chemical castration for sex offenders. The government was putting the issue back on its agenda and would be revisited again "within a few days", he added.

Turkey introduced a measure to chemically castrate those convicted of sex crimes in 2016, but the country's highest administrative court, the Council of State, stopped its implementation last August, saying its definition and limit were "vague". Chemical castration, which involves using drugs to reduce libido, does not prevent a person from experiencing sexual urges indefinitely.

Erdoğan stated that his ministerial cabinet dwelled on the issue of child abuses, saying the harshest sanctions and punishments would be imposed, adding that child abuse would lead the society to collapse.

However, the rate of sexual crimes, sexual assaults, harassments and child sexual abuses has extremely increased during the rule of Erdoğan’s Justice and Development Party since the year of 2002. The rate of child abuse in Turkey increased by 700 percent in the last ten years in Turkey, according to a report on child abuse prepared by Prevention of Violence and Rehabilitation Organization.

Thousands of children have been exposed to sexual abuse and rape, an affair, among many others, which reached a peak when scandalous news released that a systematic child sexual abuse was witnessed for years at Ensar Foundation, a pro-government religious institution.

"A single incident should not become an excuse to defame an institution that has come into prominence with its services. We know about the Ensar Foundation and we appreciate what they do," then Family and Social Policies Minister Sema Ramazanoğlu said, in an attempt to back a teacher who raped 45 children at a pro-AKP Islamist institution.

Furthermore, Turkey’s Religious Affairs Directorate, a Sunni-Islamist governmental institution, is known with its many reactionary statements and fatwas in terms of child abuse. This governmental body faced a public uproar when it declared that the girls who reach puberty are allowed to marry and give birth at the age of 9.

In 2016, the AKP deputies had tried to introduce a law enacting that if a girl, who suffered from sexual abuse, is married up with her rapist, the rape would not be considered a crime. The Turkish government had to withdraw the relevant draft law after severe criticisms.

After such many examples showing that sexual assaults and rapes colossally increased during the Islamist AKP rule with its religious regulations and impositions leading to a social erosion, Erdoğan seems to cover his government’s role in an attempt to melt “extra-marital” sexual intercourse of citizens and sexual abuse of children in the same pot.

Erdoğan vows to criminalize and punish adultery with free will considering that it contradicts pro-sharia rules as he also previously defamed unmarried young couples and mixed-sex students who live together in a house, adding that his government would detect such people in an attempt to prohibit mixed-gender residences for further transforming the social life in accordance to Islamic rules.