Cuban ambassador to Turkey addressing US decision: "Real victim of terrorism is Cuba"

Ambassador of the Republic of Cuba to Ankara, Luis Alberto Amoros Nuñez, and the president of José Martí Cuba-Turkey Friendship Association, Yiğit Günay, evaluated the U.S. government's announcement to put Cuba back on the list of "state sponsors of terrorism". 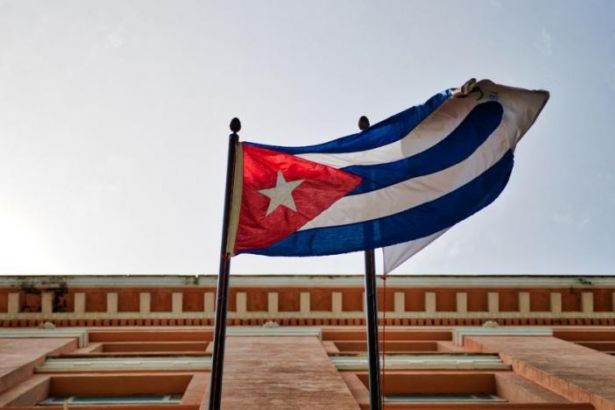 The reactions after the U.S. listing Cuba as “state sponsors of terrorism” continue. Although this decision, which has no legitimacy in the world, has no value for humanity, it is annoying for the Cubans because it sets the ground for sanctions against the Cuban people.

Jose Martí Cuba-Turkey Friendship Association made a statement after the U.S. announcement, saying, “It is known that the major supporter of terrorism is the U.S., the key figure of imperialism. In the last 20 years, the United States has invaded countless countries, bombed with aerial vehicles, causing hundreds of thousands of deaths. At the same time Cuba did the opposite; sending doctors, health workers, first aid teams to countless countries around the world, saving thousands of lives.”

Communist Party of Turkey (TKP) also made a statement, saying, “The US officials, with the blood in their hand, claiming Cuba is “supporting terror”, has no significance. The US is struggling and sinking as it fails to beat Cuba. No matter what banditry, their efforts to tame Cuba will fail. They couldn’t overthrow for the last 62 years; and will not be able to do so.”

"THE REAL VICTIM OF TERRORISM IS CUBA"

Ambassador of the Republic of Cuba to Ankara, Luis Alberto Amoros Nuñez evaluated the U.S. decision to soL. Listing of Cuba as “state sponsors of terrorism” is hypocrisy, said Nuñez.

“Cuba, as is well known, does not support terrorism. Our well-known policy and traditional approach is to reject terrorism in all its forms, especially state terrorism. It does not matter by whom, against whom or where. Cuba is a state that is a victim of terrorism. Our people suffered from terrorism. As a result of the actions of the US government in different countries, supported in the territory of that country, 3478 people of our people lost their lives, 2009 people were disabled," the ambassador added.

"THE DECISION IS IRRATIONAL"

“I think everyone in Turkey can recognize how hypocritical decision is this. Our people know both the U.S. and Cuba very well. I want to draw attention to another point. I guess, in Turkey, we say “such an illogical, irrational, imprudent moves, etc.” very often in response to government decisions. If anyone thinks that “it is relieving that there is imprudence even in the most developed capitalist country, I can recommend reading decision text of U.S."

"The news agencies did not publish the full text of the decision, but the text is on the U.S. State Department website. The text says, “The leaders of the ELN organization, which is engaged in armed struggle in Colombia, went to Havana to parley with the Colombian government. Then the Colombian government requested to expel these people from Cuba, but Cuba did not expel them. These people have already come to Havana for peace talks, and Cuba was the mediator. Is this request rational?" Günay added.

Günay also reminded that three U.S. activists who were convicted by U.S. courts are in Cuba. All three of them are the members of revolutionary struggle, defenders of human rights and their cases were from the early 1970s. Although half a century has passed, black people are still being discriminated against in the U.S., and no one can claim that black people were trialed fairly in the 1970s.

Günay thinks that the strangest reason is the third one that says "In addition to the support for international terrorism, the Cuban regime is exhibiting bad behavior in the region."

"It says Cuban intelligence has infiltrated Venezuela’s security forces, helping Maduro and this aid sets the ground for an environment suitable for international terrorists to be sheltered and grown in Cuba. The Trump government has taken this step at the last moment, and it is certain that this decision will harm Cuba in practice, especially in the field of foreign trade, no matter how unilateral, how unreasonable it is. We will see how relations will develop with the Biden government,” Günay commented.