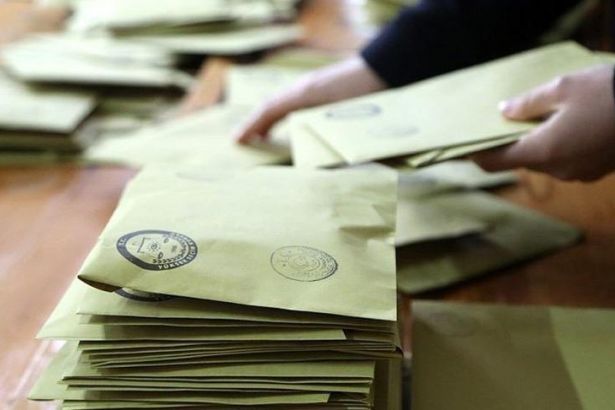 AKP had first appealed for an election re-run after initial results and several appeals resulted in full or partial recounts in some districts of the city. Istanbul’s new mayor from the main opposition CHP officially took office after a controversial month of appeals and political debates. Then, AKP claimed there were “irregularities and corruption” that required a rerun of the mayoral election.

Turkey's election council (YSK) ordered the re-run of Istanbul elections on May 6, after the ruling party's appeal. Accordingly, the Istanbulites' March 31 votes for metropolitan mayoral candidates as well as the official mandate given to the opposition candidate İmamoğlu were canceled. The redo election was set for today, June 23.

YSK annulled elections on the ground that some district electoral boards had unlawfully established balloting committees including some members who had not been civil servants. However, the council then made another decision to continue with the same district election board members on June 23.

The citizens had voted for different positions, including metropolitan mayorship, district mayorships, city councils and neighborhood representatives on March 31. YSK's controversial decision was also criticized because while there were three votes in all envelopes, only the votes for metropolitan mayorships were canceled on the grounds of unlawful balloting committees.

The main opposition CHP who won the polls on March 31 made some appeals to the council after the annulment, but then accepted the revote set for June 23 and started a new electoral campaign. The candidate of CHP continued his electoral campaign with a slogan "everything will be fine".

The pro-Kurdish HDP, which did not present a mayoral candidate for Istanbul, called support for the CHP candidate Ekrem Imamoğlu. After some sources interpreted Abdullah Öcalan's, the imprisoned leader of the outlawed Kurdistan Workers' Party (PKK), recent letter as a message calling for not supporting the CHP candidate, HDP made an official statement that the party's strategy in this election has not changed.

Meanwhile, AKP's and CHP's intensive discourses and promises towards the Kurdish population stood out during the electoral campaigns of the main competitors. The Kurdish voters in Istanbul were considered to be strong enough to change the results if they support one party en masse.

Other Kurdish authorities, in the meantime, hint for a possible new "solution process" if Imamoğlu wins Istanbul.

Another parliamentary opposition party, ultra-nationalist MHP is an ally of the ruling AKP.

TKP had participated in the mayoral polls in İstanbul and around the country on March 31.

However, it decided to withdraw its candidate and not to go to the polls in the repeated elections in İstanbul after the Supreme Election Council (YSK) had unlawfully decided to annul the election results of March 31, through which the opposition alliance had won, in favor of AKP.

After the YSK's rerun decision, TKP stated that despite having political and ideological opposition, the party already announced that İmamoğlu was the elected mayor of Istanbul. The communists also reminded that the recent decision of the supreme council means taking away the right to vote of the people of Turkey.

Withdrawing the metropolitan mayoral candidate from the redo election, TKP said "We will not allow the reaction of people against the YSK's decision to turn into pessimism. This decision of the ruling party is a sign of weakness, not strength."

In a recent statement, considering that a call for a boycott would not have a popular ground to grow in these circumstances, TKP announced, as a political attitude, that "the members will not go to the polls to show that we are not doomed to this agreement, with which many people are discontent yet stay silent for now, to be prepared for the dangerous developments that will emerge after the elections, and not to be part of the attempts to legitimate the reactionary policies."