14 Turkish soldiers were killed as dozens of them were wounded in recent conflicts in Idlib. Almost all of the killed troops were contract privates who had become professional soldiers in search of a way out of poverty. 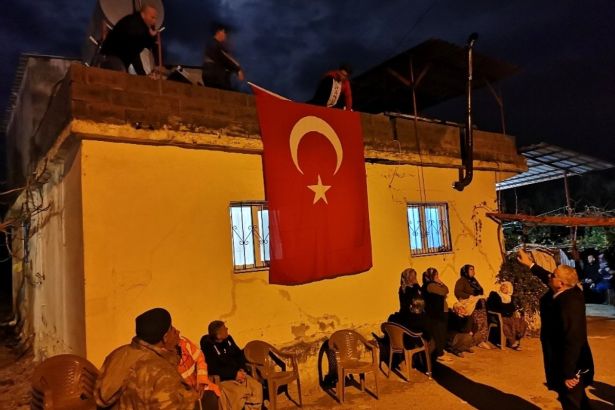 As Erdoğan vowed to hit the “regime forces” everywhere in Syria, his unofficial partner, Devlet Bahçeli, the leader of the ultranationalist party MHP, said fiercely, “Let Syria burn, let Idlib get destroyed. Down with Assad,” adding that Turkey should make plans to seize Damascus.

Relying on a rhetoric of “national stance”, Erdoğan’s Islamist government often appreciates martyrdom from a religious perspective in order to stimulate nationalist and religious sentiments. However, the poor people lose their lives as the rich get richer in wars.

Alpaslan Savaş, the CC member of the Communist Party of Turkey (TKP), recently wrote an article with regards to the military funerals, showing that most of the killed soldiers are coming from poor families in Turkey.

Pointing at the government’s plans for professionalized military services, Savaş said that almost all of the 14 soldiers killed in Syria’s Idlib consisted of contract privates and specialized sergeants.

“The young people at military draft age become contract privates if they are accepted, and nobody is rejected nowadays,” Savaş said, adding that many young men sign contracts for 2 to 5 years in return for a wage starting from 3 thousands lira ($495) per month.

As Savaş noted, there is no guarantee for the renewal of contracts as the contract privates have no rights for retirement. “The number of contract privates and contract sergeants in the Turkish Armed Forces is around 20 thousands,” Savaş said, adding that the number has rapidly increased in recent years.