TKP celebrated May 1 in several German cities with massive participation 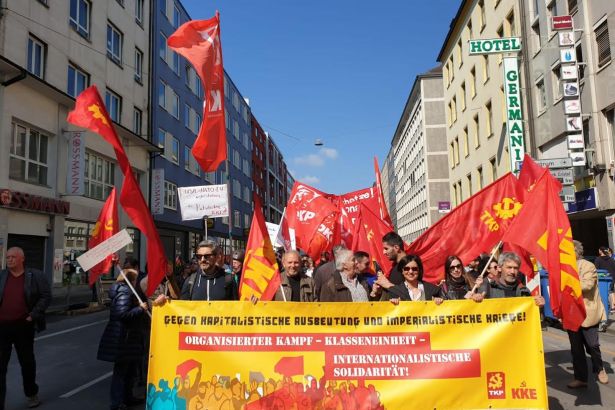 In several cities of Germany, the Communist Party of Turkey's (TKP) Germany organization carried the flag of the working class in the streets on May 1.

With the communist bloc formed with the KKE (Communist Party of Greece) and the DKP (German Communist Party), TKP celebrated the Workers' Day with massive participation.

In its bilingual declaration, TKP's Germany organization called on working people to come in the ranks of the Communist Party of Turkey for socialist revolution. TKP in Germany also greeted the people of Venezuela struggling against the US imperialism, holding placards saying "Hands Off Venezuela."