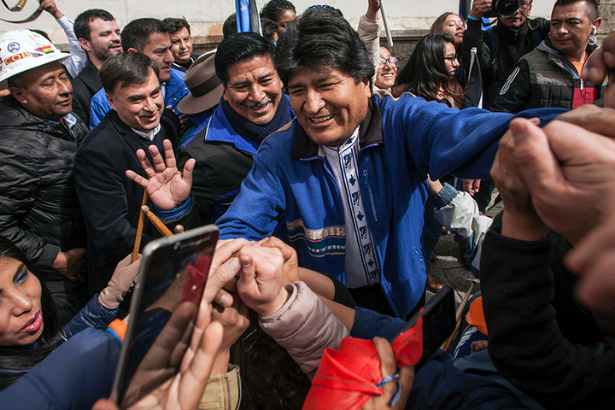 A pronouncement condemning the coup in Bolivia was issued by the communist parties of the world. The parties signing the pronouncement called for solidarity with Bolivia, saying "Bolivia is not alone!"

The full statement and the participating communist parties are as follows:

We condemn the coup d'etat promoted and financed by imperialism and the OAS.

We call on the peoples of the world to show solidarity and defend the lives of the leaders and rulers of the Plurinational State of Bolivia.

We condemn the persecution, kidnapping, and disappearance by paramilitary groups, officials and social leaders, as well as the militants and political leaders of the MAS and the PCB.

We call on the brother parties of the brother countries to carry out concrete solidarity actions to preserve the life and integrity of the brothers of the Bolivian popular movement.

We reject aggression against popular democracies.

We call a World Solidarity Day with the Republic of Bolivia and its Plurinational State.

Bolivia is not alone!

Communist Party of the Workers of Spain