A CIA report on Syria has written in 1986 presents clues regarding the riots began in 2011 and its aftermath. In the report, CIA emphasises that ‘‘a Sunni regime controlled by business-oriented moderates’’ would ideally serve for US interests 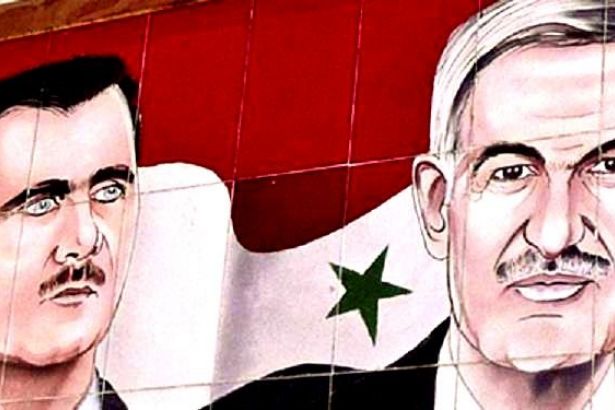 It has not yet been possible to learn the whole role of the United States in the "regime change" operations began in Syria in 2011.

However, a report within the CIA’s declassified documents during previous weeks allows us to forge a link between the scenarios predicted by the American intelligence for Syria in the 1980s and today’s situation in Syria.

The memo dated July 1986 and entitled "Syria: Scenarios of Dramatic Political Change" was prepared by CIA only for high-level officials of the Ronald Reagan administration.

The report essentially considers possible scenarios that could lead to the ouster of Hafez Al-Assad, who was Syria's President from 1971 to 2000, Prime Minister from 1970 to 71, or other dramatic changes in Syria.

Before reviewing the context of the report, it should be reminded that 1986 was a crucial year for Syria and the region as well.

1986 was a year that Hafez Al-Assad's government in Syria was once again suppressed through an international isolation and a year that various terrorist attacks took place domestically.

The scenario, known as the Hindawi affair, which would result in the bombing of a plane by the Syrian intelligence, left Syria in a very difficult situation. Although it was claimed that this incident was a conspiracy organised by Mossad (the national intelligence agency of Israel) in order to put the Syria behind the eight ball, the arrow had already left the bow.

In March and April of the same year, five cities of Syria were shaken by bomb attacks, and more than 200 civilians lost their lives in the events.

The claim has been spoken over the years until today that at the end of 1985, the meeting of the Colonel Oliver North from the US National Security Council and Amiram Nir the counter-terrorism advisor of Shimon Peres, who was the prime minister of Israel at that period, triggered terrorist incidents in Syria.

A SECTARIAN WAR IN SYRIA

The intelligence report considers the insurrection of the Muslim Brotherhood between the years 1979-1982 as a Sunni challenge.

By 1986, the CIA, which predicted that a second "Sunni challenge" is unlikely, says that "an excessive government reaction to minor outbreaks might trigger large-scale unrest."

The CIA reporting "in most instances the regime would have the resources to crush a Sunni opposition movement", believes that along with it, widespread violence may pave the way for a civil war by forcing the large numbers of Sunni officers in the army to flee or mutiny.

The report asserts that although the Sunnis carve out 60 percent of the armed forces, they are concentrated in junior ranks. From this point of view, the American intelligence believes that the Sunnis in the army will turn against the Syrian government in case of the resurrection of the violence between the Alevis and Sunnis in Syria.

THE ROLE OF THE MUSLIM BROTHERHOOD IN THE REGIME CHANGE

In the CIA report, the Muslim Brotherhood is given an extensive role in a possible regime change.

Although the report considers a regime change under the leadership of the Muslim Brotherhood as a long-term scenario, one of the three scenarios projected for the ouster of the ruling Ba'ath Party, is still the Muslim Brotherhood insurrection (the other two scenarios are the power struggles among the successors of Assad, and the possibility of sparking a coup d’etat by the military reverses).

The CIA, saying the Muslim Brotherhood’s armed opposition was drastically crushed in 1982, judges that there is still a potential for another Sunni opposition movement.

Indicating that the role of the Muslim Brotherhood between 1979-1982 was "to exploit and orchestrate opposition activity by other organised groups", the CIA reports that these groups still exist, and they might coalesce into an extensive movement under a proper leadership.

For the leadership of these groups and a new Sunni opposition movement, the CIA thinks young professionals who formed the militant faction of the Muslim Brotherhood and the remnants of the Brotherhood.

In the report, it is stated that even though Assad has crushed the Muslim Brotherhood in the early 1980s, ‘‘Sunni opposition’’ fell into deep as small fractions, while the CIA claims that a sectarian conflict may begin, if the government mistakenly considers the small protests as a ‘‘resurgence of the Muslim Brotherhood’’, and violently suppressed them.

The CIA argues that excessive use of force by the government to these small protests might be seen by the Sunnis as "an evidence of a government vendetta against all Sunnis".

A SUNNI REGIME SERVING THE INTERESTS OF THE WEST

Although the report fundamentally focuses on the possibilities that can overthrow the Assad's administration, it also delivers an opinion about the question of which one of these scenarios best serves the US interests.

At the end of the preface of the report, it is admitted that one of the desired outcomes for the US is the Sunni regime in Syria.

According to the CIA, a Sunni regime controlled by business-oriented moderates is the form of government that would best serve the US interests.

The CIA’s report also claims that business moderates would see a strong need for Western aid and investment to build Syria’s private economy, and added that these factors would open the way for stronger ties to Western governments.

AN ISLAMIC STATE IN DAMASCUS

An interesting evaluation in the CIA report, as it can be seen in the contemporary Syria, is the possibility of a religious state that could seek to establish in a case of the ouster of Assad.

The CIA warns that "religious zealots might seek to establish an Islamic republic" if the Ba’ath state structure collapses.