The Berlin Wall and truths: What people lost after the end of GDR

“As there was no such “fair capitalism”, the available gains were gradually lost. Free education, right to work for everyone, free health, housing, social-cultural recreational fields, no concern for the future, zero unemployment, dignified life in retirement…” 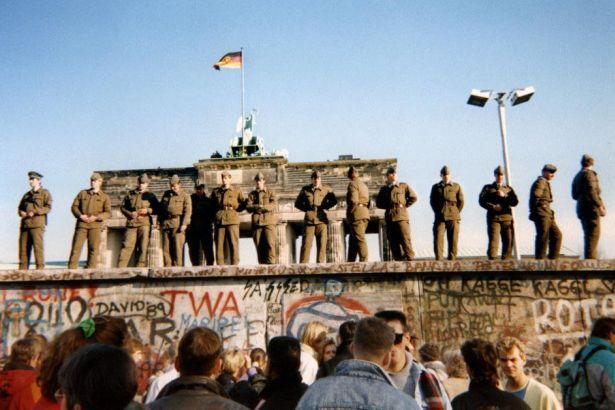 Tevfik Taş, the Communist Party of Turkey’s (TKP) Party Council member, wrote on the German Democratic Republic (GDR) on the anniversary of the construction of the Berlin Wall. Taş discusses about how the GDR people have lost their gains following the end of socialism.

The German bourgeois politics made propaganda against the German Democratic Republic for years through the Berlin Wall, and it is still continuing to do so. Thomas Bauer, the CEO of Bauer AG, was one of the leading figures of this propaganda mechanism. Thomas Bauer went on to establish an association, the Ethical Management in the Construction Sector, in 1996 following the destruction of the wall, declaring that “constructing walls for political purposes is not ethical”.

THE WALL AND THE AESTHETICS OF STRUGGLE

It is necessary to look at some issues worth to discuss without questioning where the ethics is here. Like the concept of democracy, can the word “wall” be discussed independently from its class characteristics and its position within the class struggle? Can the aesthetics of struggle be discussed isolatedly from the obligatory tasks and goals of the struggle?

Coining a universal “rule” by alienating the concept from the essential elements that define it, and more importantly, from its historical context would just lead to the ability of pulling a rabbit out of the hat. The Left cannot and should not use any concept set irrelevantly, which is confined to the field of human rights/freedoms, amorphous in the manner of class axis, and independent from the conditions of the struggle.

The most influential conceptual dual inherited from the repertoire of the Cold War is democracy and human rights. They used the denotative form of these concepts, and waged a war against real socialism. They have covered up the economic exploitation by means of the concept of democracy, and pumped a so-called discourse of liberty. The rhetoric of human rights has functioned as an argument to subjugate the sovereign states.

Turning down the Berlin War in the belief that “it is against the working class’ aesthetics of struggle” is tantamount to be alienated from the real needs of the struggle for political power in the name of the Left.

During the 40th foundation anniversary of the GDR on October 7, 1989, Gorbachev told Erich Honecker in East Berlin: “Life punishes those who come too late.”

A couple of months before the road to the destruction of the Berlin Wall, the State Security Service (STASI) sent a report to the Political Bureau, describing the situation of the country as “worse than that of 1953”.

The promise for a better socialism was broken to set sail for capitalism. The social security system of socialism would be protected while the attractive consumption opportunities of capitalism would be increased. That was what was promised to the people.

However, it was nothing of the kind.

As there was no such “fair capitalism”, the available gains were gradually lost. Free education, right to work for everyone, free health, housing, social-cultural recreational fields, no concern for the future, zero unemployment, dignified life in retirement…

Soon, the people of the east felt that it was almost impossible to access to all these rights in capitalist Germany.

History punished those peoples who did not protect their revolutions. That is certainly what happened.

WHAT DID GDR PEOPLE EXPERIENCE AFTER COUNTER-REVOLUTION?

In 1988, retired people were earning 477 GDR Mark. They could afford their rents and food with their salaries as they could save more than half of (even two-thirds) their wages.

Since the public transportation system was not profit-oriented but was organized for the people, it was almost free of charge.

Since the country was full of rich libraries, theatres, concert centers, the people were not confined to the shopping malls or watch TV at home like today.

As the workers’ children can become hairdresser or machinist, those from the upper classes can go to elegant universities, but they are listed and eliminated as the future manager types.

There was not any church rate in the GDR. Secularism was being applied decisively in accordance with the definition of socialist enlightenment.

No one could mention about becoming unemployed if the people did not pay church taxes. Today, however, the Catholic and Protestant churches are employing over 1.5 millions of workers, they are among the biggest bosses of the country. They are turning traditional “Christian charities” to profit through such institutions as CARITAS and DIAKONI that they are controlling.

The GDR citizens were no subject to two different wage systems for the same job. They never knew of the bosses. The factories, lands were really the public enterprises of labor. They witness the income gap in today’s Germany. They witness the subcontractor system, the worst of the modern slavery.

They witness and experience how to be cheated with rent contracts, to be robbed by insurance companies, the meaningless supply that incite the demand, the idiocy of advertisement and showoff and the fraud of telecommunication.