As capitalists in the banking sector in Turkey have been seeking for maintaining and increasing the productivity to earn more profit rather than workers’ health and safety since the early days of the COVID-19 pandemic, bank workers have been forced to work even during lockdown with the special permits granted by the Turkish government on the pretext of ‘economic reasons’. 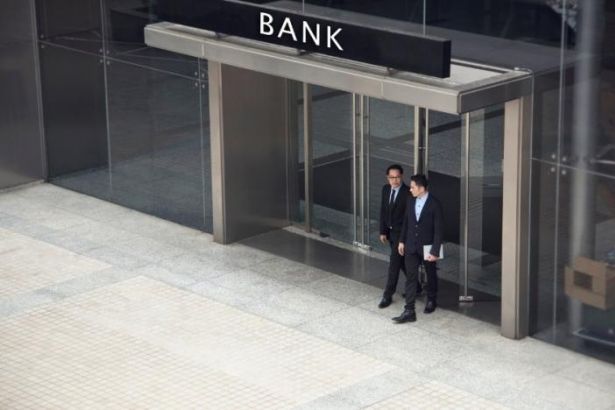 The statements from the Turkish government since the early days of the COVID-19 pandemic in the country clearly indicated what the priority of the authorities was in fighting the outbreak: Turkey’s ruling class should have kept wheels turning in the economy, protecting the interests of the capitalist class and their profits.

While the bank bosses as the main financiers of these ‘‘wheels that must keep turning’’ in the economy sent the workers to the front, they began to live in seclusion in their luxury mansions on the edge of the Bosphorus in Istanbul.

Calls for ‘‘stay-at-home’’ had no meaning for workers who have been forced to work under the unsafe COVID-19 circumstances by the capitalist class since they are obliged to make a choice between staying at home and hunger or taking risks and work to survive.

Only when the pandemic gathered pace, the authorities have just taken some measures for bank workers who continued to work without any preventive measures since the first days of the coronavirus disease: Working hours in private banks were reduced, and masks and disinfectants were supplied to branch banks. Customers started to be taken to the banks one by one as a precaution against the COVID-19, while they formed long lines in front of the branches.

However, the vast majority of bank workers continued to go to work via public transportation, exposing them to the risk of infection.

On the other hand, public banks are also implementing inhumane practices against bank workers during the COVID-19 pandemic. Many bank workers have been forced to work overtime in the evenings and even to work at the weekend in some branches due to credit deferment and restructuring processes in public banks that have never changed their working hours.

There were also anti-labour practices such as putting the infected workers in quarantine and sending ‘‘healthy’’ bank workers from other branches to the same branch instead of closing the branches with coronavirus cases in public banks like Vakıfbank allocated to Turkish President Recep Tayyip Erdoğan’s son-in-law and the Minister of Finance and Treasury, Berat Albayrak, last year.

Moreover, a bank worker, who protested the working conditions under risks of the COVID-19 pandemic on social media at state-owned lender Halkbank, was dismissed on the grounds of ‘‘employee attitudes and behavior’’.

The retarded response and incompetence measures of the Turkish government against COVID-19 disease in banks heavily hit the bank workers who have been forced to work even during the peak period of the pandemic.

Later on, inadequate measures of the authorities in fighting the COVID-19 claimed the life of a worker working as a security guard at Esentepe branch of the country’s one of the biggest private lenders, Akbank, in Istanbul.

In addition, many branches of Turkish banks were closed with suspicion of coronavirus or infection cases among their employees, and many bank workers were quarantined.

In order to keep wheels turning in the economy and maximize their profit, the capitalists in the banking sector have set their eyes on the rights of the bank workers.

The first right of the workers attacked by the capitalist class during this process was the annual leave. With the simultaneous announcements in all the banks in the country, the bank bosses forced workers to use their annual leave during the days of the pandemic as workers’ one of the most fundamental rights was usurped in this way.

The main purpose of the capitalist class behind this mandatory use of annual leave, which is applied in different ways in each bank, was to get rid of the annual leaves that could lay an additional financial burden on the bank bosses during possible layoff processes.

In addition to the usurpation of workers’ rights to take annual leave, the capitalist class in the banking sector attempted to deprive telecommuter bank workers during the pandemic of their additional payments for such rights as food, transportation, and electricity ─ which were provided by their affiliated institutions before the outbreak.

While many banks in Turkey announced their aid in the fight against the pandemic through advertisements, it is quite obvious that the aid they provided actually comes from the workers’ wages cut by the capitalists.

‘‘Working from home’’ has been also used as an opportunity to continuously monitor the working people at any time of the day.

Bank bosses, who are obsessed with controlling and increasing efficiency during the pandemic, have forced workers to have legally approved procedures such as camera and sound recordings of them while working, violating the right of privacy, with the decision of a state institution, the Banking Regulation and Supervision Agency (BRSA).

‘JOINT STRUGGLE AGAINST CAPITALISM TO END THIS EXPLOITATION’

Despite the uninterrupted attacks against the workers’ rights via anti-labour policies, there were also acquisitions of bank workers struggling together against the unlawful practices of the capitalist class in the banking sector in this process.

For instance, Vakıfbank had to retreat from its anti-labour implementation forcing bank workers to work in offices at the weekends during the pandemic as a result of the joint struggle of the workers contacting Turkey's worker solidarity network PE (‘We Breathe Down the Bosses’ Neck’) initiated by the Communist Party of Turkey (TKP) in 2018 to protect workers’ rights against the crises and capitalist exploitation.

Bank administration in Denizbank Communication Center, which had been usurped the allowances paid to its workers for their food expenses during the COVID-19 pandemic, had to start providing food allowances again after the decisive struggle of the workers.

Stating that the joint struggle among workers against the capitalist exploitation in banking sector forces the bosses to retreat from their anti-labour implementations, the Bank Workers Solidarity Network as part of PE called on bank workers to disclose the usurpations and unlawful practices carried out by bank bosses and come together in their solidarity network in order to stand against the extortion of rights as a whole.