Ankara expects US, Turkey to agree on roadmap for Manbij - Minister

YPG withdrawal from Manbij, Syria is not enough, Cavusoglu says ahead of June 4 meeting with US secretary of state 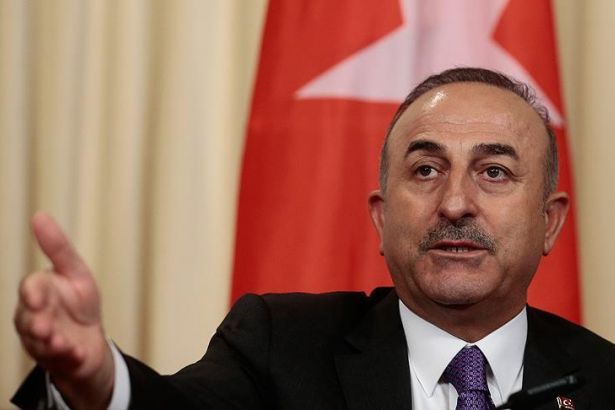 Ankara expects to conclude a blueprint outlining the governance and security of Syria's Manbij with the aim of preventing tensions between Turkey and the United States with Washington in early June, Turkish Foreign Minister Mevlut Çavuşoğlu said Thursday.

Speaking to Turkish broadcaster TRT, Çavuşoğlu said the working groups established between Turkey and the U.S. are continuing.

"We had a preliminary agreement on Manbij, but since there was a shift in the US State Department we could not arrange it quickly, so a lot of time was wasted. Now, on June 4, they invited us and we hope that we will agree on the roadmap on Manbij," Çavuşoğlu said.

The foreign minister added that the withdrawal of the Kurdish People's Protection Units (YPG) from Manbij would not be enough.

Çavuşoğlu expressed willingness to approve the preliminary agreement and implement the Manbij roadmap following the June 4 Washington meeting, saying: "Withdrawal of the YPG from Manbij is especially important here. However, the YPG's withdrawal from Manbij alone is not enough. The stabilization of all regions under YPG control is also important."

"Who will secure and administer these regions? Of course, in the future, when a political solution [in Syria] is possible, these must be integrated to the central administration," he explained.

On January 20, Turkey and the Free Syrian Army (FSA) forces launched an operation in the Syrian northern district of Afrin aimed at "clearing" Turkey's Syrian border of the YPG. In March, Ankara announced that Afrin was under complete control of Turkish forces. Turkish President Recep Tayyip Erdoğan, however, said that the operation would not end with Afrin, clarifying that the regions of Manbij and Idlib would be the next targets.