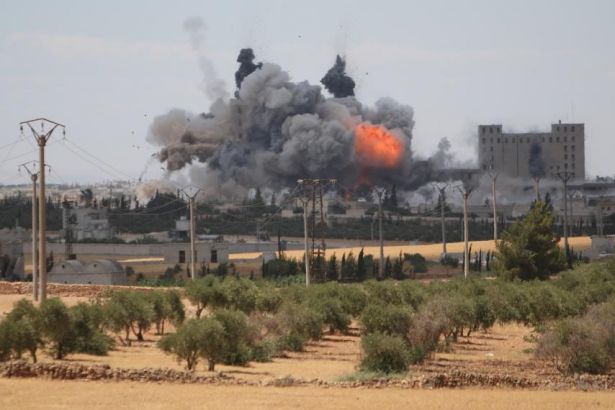 The Turkish army and allied Free Syrian Army (FSA) terrorist group on Wednesday attacked villages held by the Kurdish-led Syrian Democratic Forces (SDF) militants near the city of Manbij in northern Syria, a spokesman for the SDF said.

It also claimed that the Islamic State jihadist group have also "simultaneously" attacked the two villages of Mustariha and Jadida, south of Manbij, resulting in ongoing clash between both sides.

Turkish President Tayyip Erdoğan said this week Manbij was the next target of the Turkish campaign in northern Syria. The SDF, which includes the Syrian Kurdish Peoples' Protection Units (YPG) militants, are seen by Washington as the most effective force in the fight against IS but are condemned by Turkey. Ankara asserts YPG as "terrorists" because of their links to armed Kurdistan Workers' Party (PKK).

US commander: Turkey's move against Kurds in Manbij to impact coalition campaign