Analysis: What is the path for Venezuela?

"What is happening in Venezuela should not be a repetition despite the struggle of the people. We need to trust the political consciousness of the people, which was tested for twenty years. This consciousness carries the Popular Revolutionary Alternative to the election. Chavistas could still fight for the revolution." 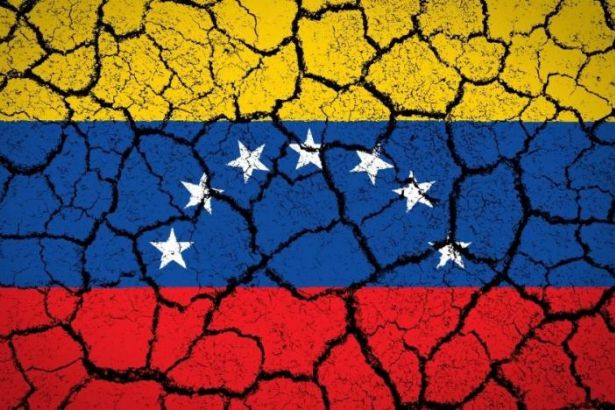 Ekin Sönmez, the CC member of the Communist Party of Turkey (TKP), analyzed the situation in Venezuela before the elections.

There will be parliamentary elections on December 6 in Venezuela. This election will be renewed in five years, and it will determine the MPs who will serve until 2025. According to Venezuelanalysis, there will be over 14 thousand candidates from 107 political parties. The 2015 election was the first parliamentarian election after Chavez’s death, and the Great Patriotic Pole, which was constituted with Bolivarian powers, lost the majority for the first time since 1999. Guaido, who was the President of the same parliament in 2019, hit against the wall. Guaido said he did not recognize Maduro as the winner of the election and acclaimed himself the President after he assumed office following the US-backed coup d’état in 2018. Guaido’s standing even received the support of certain Western countries. However, Guaido hit against the people's wall because the people said they would not recognize anybody other than whom they elected. Guaido now has empty hands, even if he has been around for months. The dust has not settled yet. 95 out of 107 political parties have their own lists of candidates, and they declare that they do not support the government’s candidates.

Venezuela has stronger executive power than legislative power. The 1999 pro-Bolivarian Constitution foresees the primacy of government over the parliament. Even though it was harmonious with the days under Chavez’s government, the unity of powers has risks in the face of capitalist threat.

The candidates of the Communist Party of Venezuela are in the race under the Popular Revolutionary Alternative. This list constitutes of various leftist powers, labor movements, representatives of workers and peasants.

Carolus Wimmer, the Representative of the International Bureau of the Communist Party of Venezuela, talked about their choice to enter the election race separately, whose names the list constituted and what they aimed at. The most significant point that the Popular Revolutionary Alternative candidates faced political pressure from the Maduro government. The candidates were not given any space for the state TV, and they faced treason allegations.

One of the most significant difficulties Venezuela faces is its dependent and fragile economy. The economy is dependent on oil, and the economic production variety was not achieved. That is why embargo and trade sanctions have such an impact on the economy. Even though public ownership covers oil and various other sectors, the Venezuelan economy is still heterogeneous in the sense that there is still private property. The recent crisis should be therefore considered as the crisis of capitalism. It would be wrong and hostile to say that the Bolivarian government created socialism, and it was doomed with failure.

The strategies of imperialism in Latin America are clear; economically strangle, use intelligence, infiltrate in political movements, send spies, affect middle classes toward the right-wing, emphasize on democracy, ally with reactionaries, lie, corrupt, threaten, and sabotage. There is much more in Venezuela.

James Petras’s analysis of Chile when Allende was in power is still valid even though Petras considers the state as an entity above social classes. His analysis says that Latin American societies that aim at revolution should follow the Cuban example and shut down all channels for possible foreign interventions.

Venezuela has never shut down these channels, and Maduro’s call for dialogue keeps them open. It is possible that the call for dialogue considers the political balance in its favor (especially among the military and bureaucracy) and thinks the people are with them, and wants to defend itself against accusations of anti-democratic, authoritarian, one-man rule. However, the call for dialogue enables the counter-revolutionaries to have space. Also, any alliance with the opposition would mean the encouragement of interference with domestic and international affairs. Any societal unrest would damage Maduro and the pro-Bolivarians and make it difficult for them to stay in power. At the same time, the opposition targets this point.

It is impossible for the left-wing not to get dirty, keep its independence, fight against corruption and concessions, prevent the people from being manipulated by the right-wing while allying with the right-wing. The Venezuelan example shows that the dialectics of class struggle triumph. There is a considerable decline in the number of workers in the Bolivarian process since Chavez. A number of rich got richer over the years. Maduro has established bonds with the rich. At this point, it censures the communists and appoints trustees to the left-wing political parties. The aftermath of the election will probably be a period when the government will increase its pressure over the left-wing. There emerged a hint recently: while the United States still recognized Guaido as the President and kept its diplomatic relations with Venezuela nearly to zero levels, Maduro celebrated Biden for his triumph over Trump. Is it necessary to welcome the new United States President even though Trump violently attacked the country and even tried to kill Maduro? Of course, we should avoid foreseeing any rapprochement between Venezuela and the United States just because we saw a gesture. We should still note it.

Did Maduro have any other option? While Britain confiscates the Venezuelan gold, the Venezuelan accounts in the US banks got canceled, the activities of CITGO oil were suspended (even if oil was the most significant export), the Venezuela trade was limited… Cannot be there any alternative?

Whatever happened, Maduro did not need to turn their back on communists, while the most logical way out was to ally with the Eurasian axis. Former union leader should have listened to the pioneering reason and creativeness of the working classes. Alienating ones who defended him against Maduro would not bring any benefit. Any negotiation with the right-wing could bring some space for breathing, but it would damage the people’s support and the legitimacy of anti-imperialism. Maduro might not personally benefit from his alliance with the bourgeoisie, but it would have a transformative impact. Nevertheless, the working classes would not benefit.

The pandemic has negatively affected the US hegemony and compelled imperialism in Bolivia to step back during the Presidential election. So, we should stop and think.

There is no divergence between Maduro’s Presidentship or the alliance of anti-imperialist powers on the one hand, and the Communist Party of Venezuela on the other. If there is another coup attempt today, the communists of Venezuela will fight against it. While the coup threat has stepped back, the balance is changing to favor Venezuela's dependence on the United States through compromises. The working classes would pay for such a new balance.

If there is capital accumulation in a country, there are class antagonisms. If the transfer of wealth to capital is the only way to keep the economy alive, it would increase inequalities and deepen class antagonisms. The state is an apparatus of dominant classes and functions accordingly. Where a communist stands in the face of increasing class antagonisms, cleavages, unrest, and suppression of such reaction is clear. If landlords are prospering, poor peasants' rebellion will flare out again. There is poverty and famine if speculators and black marketers win. The Communist Party takes the side of the working classes and pioneers the history in this fight.

The Communist Party of Venezuela defends the independent political route of the working classes. It uses the election as a means of class struggle to warn their friends in the Socialist Party. It struggles to change the political balance for its grassroots in the public sector, oil, communication, peasant movement. Such a move should be noted in history.

What is happening in Venezuela should not be a repetition despite the struggle of the people. We need to trust the political consciousness of the people, which was tested for twenty years. This consciousness carries the Popular Revolutionary Alternative to the election. Chavistas could still fight for the revolution.