All workers of world should protect peace: Peace Committee of Turkey

The Peace Committee of Turkey has released a statement on the anniversary of the great anti-fascist victory, warning our world is again facing a threat of global war. 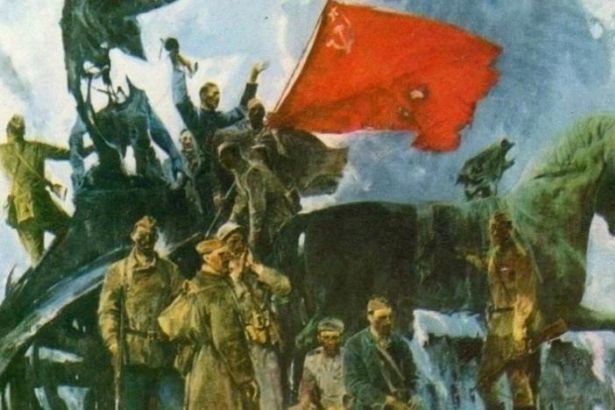 The Peace Committee of Turkey has released a statement on May 9, Victory Day, stating the resulting devastation of any possible war today will be felt not on the ruling classes but on the shoulders of the working people. The full statement is as follows:

75 YEARS AFTER THE GREAT VICTORY
75 years ago on this very day, the European stage of the Second World War, in which millions of people were killed or wounded and which caused huge devastation worldwide, ended. The unconditional surrender of the German armed forces sealed the defeat of Nazi fascism.
The Nazis came to power in Germany in 1933, and rapidly moved the country, where militarist traditions were already strong, towards war. The spark of war in 1939 reached the whole planet in a short amount of time. The war ended in 1945 after the Nazis and Japanese imperialism were defeated. The 6 year-war took the lives of almost 85 million people worldwide. This number amounted to approximately 3% of the 1940 world population.
The biggest losses belonged to the Soviet Union, which lost almost 27 million of its citizens (nearly 14% of its 1940 population). An important part of the Soviet territory was occupied by the German armed forces and its allies, and this caused a big devastation.
Today, our world is again facing a threat of a global war. Unending political and military imperialist aggression not only threatens certain regions of the world; but the growing contradictions and tensions between the countries that comprise the imperialist system, escalate the possibility of wider-scale conflicts.
The resulting devastation of any possible war today will be felt not on the ruling classes but on the shoulders of the working people. All workers of the world should protect the peace.
Peace Committee of Turkey