AKP lost in at least 14 provinces in Turkey

According to the results of the 31 March local elections, the AKP lost in at least 14 provinces. In many cities, mayoral seats have changed hands 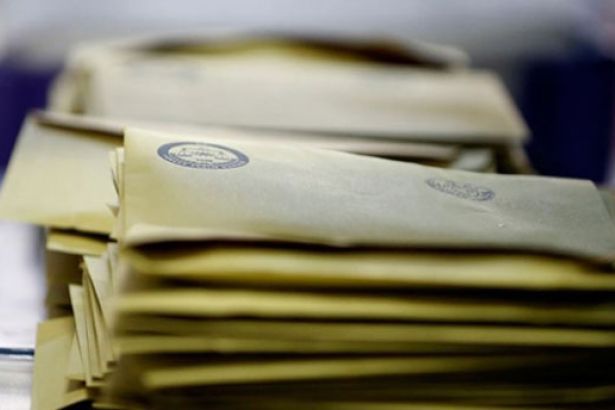 According to the unofficial results of 31 March local elections, the AKP lost in at least 14 provinces.

The majority of these provinces have passed to the main opposition CHP, while others are gained by the CHP's ally, ultra-nationalist MHP.

The provinces that passed from the ruling AKP to the main opposition CHP are Antalya, Ankara, Ardahan, Artvin, Bilecik, Sinop, Burdur, Bolu, and Kırşehir.

There are also provinces in which the AKP gave the seats to its ally MHP's candidates: Amasya, Kastamonu, Erzincan, Karaman, Çankırı, and Bayburt.

The big southern municipalities of Adana and Mersin has passed to the candidates of CHP from MHP.

The eastern provinces Batman, Hakkari, Diyarbakır, Mardin, Siirt, and Van which the ruling AKP government appointed trustees to the mayoral seats by removing the elected pro-Kurdish candidates voted for the pro-Kurdish HDP again in this latest local elections.

Three provinces, Şırnak, Bitlis and Ağrı have passed to the AKP from the pro-Kurdish HDP.

The mayoral candidate of the Communist Party of Turkey (TKP) in Dersim is to hand over the mayorship from the appointed trustee that removed HDP's elected mayor.

İstanbul's new mayor is still to be determined because of the slight difference between the candidates of CHP and AKP. According to the latest news of DHA, the percentage of ballot boxes opened in Istanbul is 99.68 percent. The CHP candidate Ekrem İmamoğlu is leading with 48.80 percent, while the AKP candidate Binali Yıldırım has 48.48 percent. Istanbul is also expected to be added to the list of provinces that have passed from the AKP to the CHP.