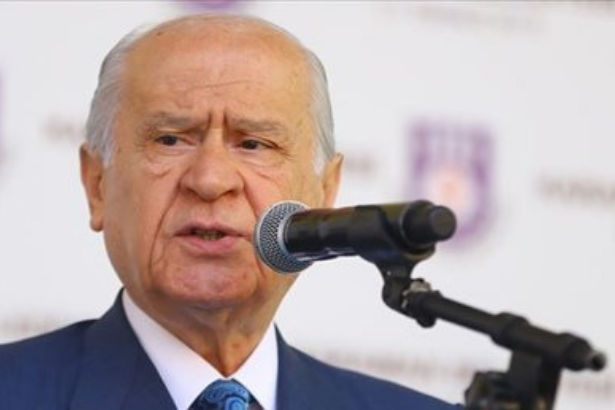 Devlet Bahçeli, the leader of the fascist party MHP (Nationalist Movement Party) called on İYİ Party (Good Party) to reunite. Former MHP members who criticized Bahçeli for allying with the ruling AKP split in 2016 and founded the İYİ Party under the leadership of Meral Akşener.

Bahçeli posted messages on his Twitter account, stating the İYİ Party members who "are physically there but mentally with MHP" should return to their party.

"The alliance with [the main opposition] CHP and [pro-Kurdish] HDP has been remembered as great negligence. The frustrations of my brothers, who were disenchanted from their cause with promises of office and position, have always worried me," MHP leader wrote.

The first response to Bahçeli's call came from Lütfü Türkkan, the group deputy chairman of İYİP. "Everybody asks what's going on. Get ready for the election in November," Türkkan said on his social media account.

İYİP leader Meral Akşener, quoted Bahçeli's call and tagged Erdoğan in her message, saying "Mr. Erdoğan, what did you say to this man?"

Bahçeli posted his call messages after Erdoğan unexpectedly visited him two days before the extraordinary congress of the Good Party.