Turkish police shot and killed Ali al-Hamdan, a 19-year-old Syrian refugee who had to work illicitly despite the coronavirus lockdown in the country’s southern province of Adana, after he attempted to run to avoid paying a fine for breaking the curfew declared by the government for the COVID-19 pandemic. 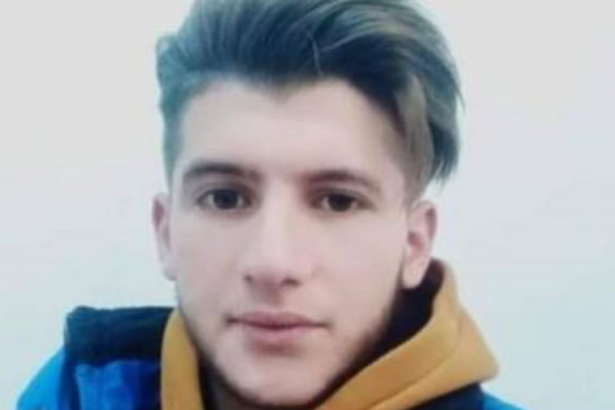 A young Syrian refugee, Ali al-Hamdan, was directly shot dead on Monday by a Turkish police patrol in the southern province of Adana on the grounds that he disobeyed the ‘‘stop warning’’ for ID check as part of partial curfew measures of the government for the COVID-19 outbreak, banning people younger than 20 and older than 65 from going out across the country.

In Turkey, there is a growing number of Syrian refugees and asylum seekers who have forced to leave their homeland after the imperialist aggression against Syria in 2011.

While they have been whetting Turkish capitalist class’s appetite as cheap labor, Syrian refugees are forced to work below the minimum wage, which is even below the hunger threshold in Turkey. Moreover, they are exposed to great exploitation under very long working hours without social insurance and labor-job protection.

Ali al-Hamdan was one of those refugee workers who were forced to work illicitly during the coronavirus pandemic. Police officer shot Ali in his chest, as he tried to run from the police patrol to avoid paying a fine for breaking the curfew prohibitions.

Yet, both the officials who ordered to set up checkpoints in the district and the police officer pulling the trigger to kill Ali al-Hamdan were aware of the real story about the illicit employment of Syrian refugees even amid the coronavirus outbreak in the region. They were all the labourers who had to earn a living for their families, and the bosses who forced them to work illicitly and without social insurance had never supervised by the government authorities.

Although the Adana Governor’s Office initially claimed that Ali al-Hamdan was wounded ‘‘accidentally’’ when a police officer fired warning shots to the air, footage shared on social media revealed that Ali was directly shot and killed by the police officer in his heart. The incident was also reflected in the pro-government media as being shot in the leg.

However, the Adana Bar Association stated that the autopsy report of al-Hamdan indicates he was shot at a distance of three meters.

The police officer who claimed the life of the young Syrian refugee worker has been suspended from duty, and administrative and judicial investigations into the incident have been launched, the Adana Governorate informed in a statement.

Following the Governorate’s statement, the police officer who shot and killed Ali al-Hamdan was arrested on April 28.

‘ARRESTMENT TO PREVENT OBFUSCATION OF EVIDENCE’

Speaking to soL news regarding the incident, Ömer  Faruk Eminağaoğlu, the Founding President of the Judges and Prosecutors Association of Turkey (YARSAV), told that the prosecution office should conduct an effective investigation on the murder of the young Syrian refugee, and warned that impunity or symbolic punishments imposed in similar previous incidents should not be carried out this time.

Stating that the dismissal of the police officer from his duty should not be used as a way to ease the public reaction and this is an implementation that should be already done by the legal authorities, Eminağaoğlu also said, ‘‘Effective measures should be taken to ensure that the evidence is not obfuscated. At this point, the prosecution office will require taking an effective measure such as arrestment. If the authorities fail to take these effective measures, it can lead to the obfuscation of the evidence regarding the murder of Ali al-Hamdan.’’

The murder of Ali al-Hamdan is not the first incident that the police in Turkey shot and killed unarmed and innocent civilians.

Following the killing of 25-year-old Dilek Doğan by an officer during a police raid on September 18, 2015, in her family’s house in Istanbul, pro-government media had falsely presented her as a ‘‘terrorist’’. Dilek Doğan was unarmed and living with her family when she was killed by a police officer in her house.

Yüksel Moğultay, the police officer who killed Doğan, was sentenced to 7 years and 6 months for ‘‘committing murder with conscious negligence’’ instead of ‘‘killing intentionally’’. Then, the Turkish authorities reduced his punishment to 6 years due to ‘‘good conduct abatement’’. Yet, Moğultay did not spend even a single day in prison.

Kemal Kurkut, a 23-year-old university student, was shot and killed by police in 2017 during the Newroz, the celebration of the arrival of the spring in Kurdish culture, in the south-eastern province of Diyarbakır. Turkish authorities had claimed that Kurkut was shot on suspicion that he might be a suicide bomber, but the footage from the scene revealed that Kurkut was topless and unable to carry a bomb on any part of his body.

Despite the fact that the evidence revealing the murder of Kemal Kurkut was clear, the police officer who killed him has still gone unpunished after three years of the incident.

Meanwhile, the Communist Party of Turkey (TKP) has issued a statement on 20-year-old Syrian refugee Ali al-Hamdan who was shot dead by the police in Adana on the grounds that he reportedly disobeyed the ‘‘stop warning’’ for ID check as part of partial curfew measures of the government for the COVID-19 pandemic.

Reminding the young people who fled the violence of the war and were forced to work under poor conditions amid the coronavirus disease in Turkey by the capitalists, TKP said in its statement, ‘‘Ali al-Hamdan fleeing Turkey to protect himself and his family from the violence of the imperialist war in Syria had been forced to work illicitly to earn a living for his family amid the pandemic. His murder, once again, showed that this social order must change. A social order where young people do not die is possible.’’

CAPITALIST EXPLOITATION AND REFUGEES IN TURKEY

As more than 3.6 million Syrian refugees live in Turkey, most of them are employed illegally by the capitalists using refugees as cheap labour force, forcing many to maintain working despite the official coronavirus measures suggesting ‘staying at home’.

Refugee workers are now considered to be more important than ever as laborers employed under precarious working conditions with lower wages imposed by the capitalist class in the financial crisis that the Turkish economy is currently suffering.

According to a report prepared by the Health and Safety (HESA) Labor Watch-Turkey in 2018, refugee workers in Turkey are exposed to 16-hour working shifts, forced labor, verbal/physical violence, unhealthy workplace environment and insufficient safety measures, salaries under the minimum wage as well as non-registered employment without social security, and arbitrary dismissals in case of unionization or any other activities related to seeking rights.

Capitalist patrons see refugee workers a means to hold the wage increases down and to reduce wages against other workers by inciting ethnic and sectarian enmity among the workers through nationalist provocations, the report had also underlined.