10 protestors were sentenced to imprisonment for having held a press statement to protest the Islamic State's bomb attack on October 10, 2015 outside Ankara central railway station 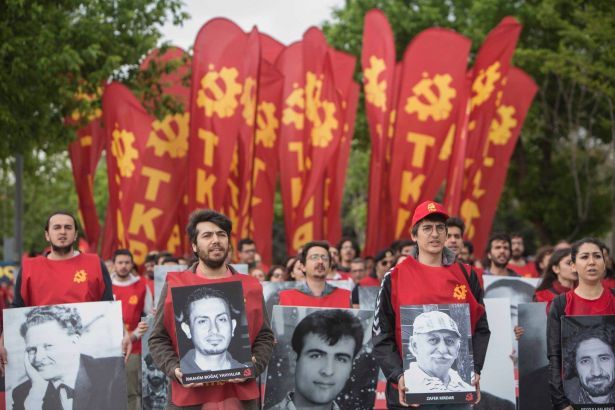 10 people were sentenced to imprisonment on June 9 for having held a press statement to protest October 10, 2015, bomb attack outside Ankara central railway station.

Some protestors, including members of the Communist Party of Turkey (TKP), made a press statement in October 2015 in Turkey’s western city of Manisa to protest the Islamic State's bomb attack that killed more than 100 people and wounded many hundreds during the mass rally of political parties and trade unions with the title of “Labor, Peace and Democracy”. The attack became the deadliest terror attack in modern Turkish history.

According to a libel suit about the press statement, the protesters “defamed” Turkey's President Recep Tayyip Erdoğan through their slogans, "Thief, murderer Erdoğan".

Despite lawyers objected the court, the verdict of the court was terminated. Accordingly, 10 protesters, including 3 TKP members, were sentenced to imprisonment for 11 months and 20 days.