YPG changes its name to SDF on senior US general's request

The head of US Special Operations Command, revealed that he told the YPG back then that they needed to “change your brand.” Within a day they were the SDF 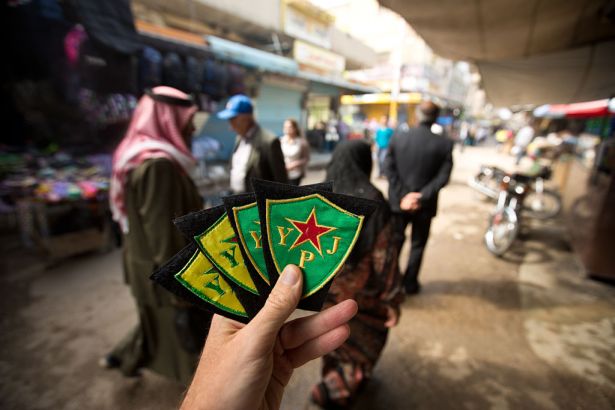 Gen. Raymond Thomas, the head of US Special Operations Command, said on Friday he instructed the Kurdish YPG militant group to change its "brand" a day or so before it unveiled an alliance with Syrian Arabs in 2015 under the name Syrian Democratic Forces.

Thomas said he made the Turkish concerns known to the YPG or People's Protection Units back in 2015.

"We literally played back to them: 'You have got to change your brand. What do you want to call yourselves besides the YPG?' With about a day's notice, they declared that they are the Syrian Democratic Forces. [SDF]"

Thomas appeared quite proud of this semantic sleight of hand, insisting that the inclusion of the word “Democratic” in the new name was a “stroke of brilliance,” and gave the group "a little bit of credibility" that they previously didn’t have as the YPG.

He was speaking at the Aspen Security Forum in Colorado, an annual conference bringing together government and military national security leaders and experts.

U.S. Defense Secretary Jim Mattis last month left open the possibility of longer-term assistance to Kurdish YPG militia in Syria, saying the United States may need to supply them weapons and equipment even after the capture of Islamic State's Syria stronghold of Raqqa.

Thomas also acknowledged that possibility. But he said perceived links between YPG and PKK create problems. "They got to work on their own branding. If they continue to keep linkage to their past product - the PKK linkage, specifically - the relationship is fraught with challenges," he said.

Thomas also claimed that he and U.S. Special Presidential Envoy Brett McGurk warned the YPG not to hold onto Öcalan because they wouldn't have any chance of legitimacy in the construct that they were in.

US arms for Syrian Kurds to continue after Raqqa - Washington