Calling the Syrian government to protect the country's borders and territory together against Turkey, the Kurdish militant group stated that they were ready to cooperate with Damascus 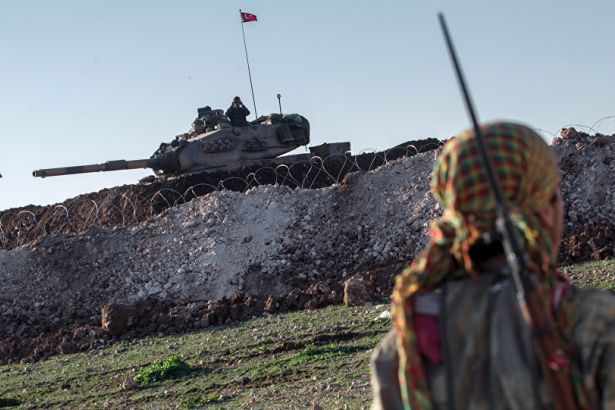 The general commander of People’s Protection Units (YPG), Sipan Hemo, spoke to Saudi-owned London-based Şarku'l Avsat newspaper on possible cooperation with Syria against Turkey. He stated "Turkey is making every effort to destroy the achievements of Kurds and sees it as a priority job. They sent their forces to the border and bombed inside of Syria".

Hemo also argued that Turkish officials from the intelligence department talked to the Syrian opposition forces and wanted them to be ready for operation.

In January 2018, Kurdish authorities in Syria's Afrin district also called for the Syrian government to send troops to help defend them from Turkish assault, turning for help to the very government from which they have sought autonomy.

Remarkably, In June 2017, İlham Amed from PYD talked to another Saudi-owned newspaper Al Riyadh, setting forth that they were ready for cooperation with Saudi Arabia.

In the same month, Saleh Muslim, then-co-president of the Kurdish Democratic Union Party (PYD) in Syria, said that the presence of Saudi Arabia and Gulf countries would help to consolidate the bonds of brotherhood between the people and different communities, after the embargo of the Gulf countries towards Qatar